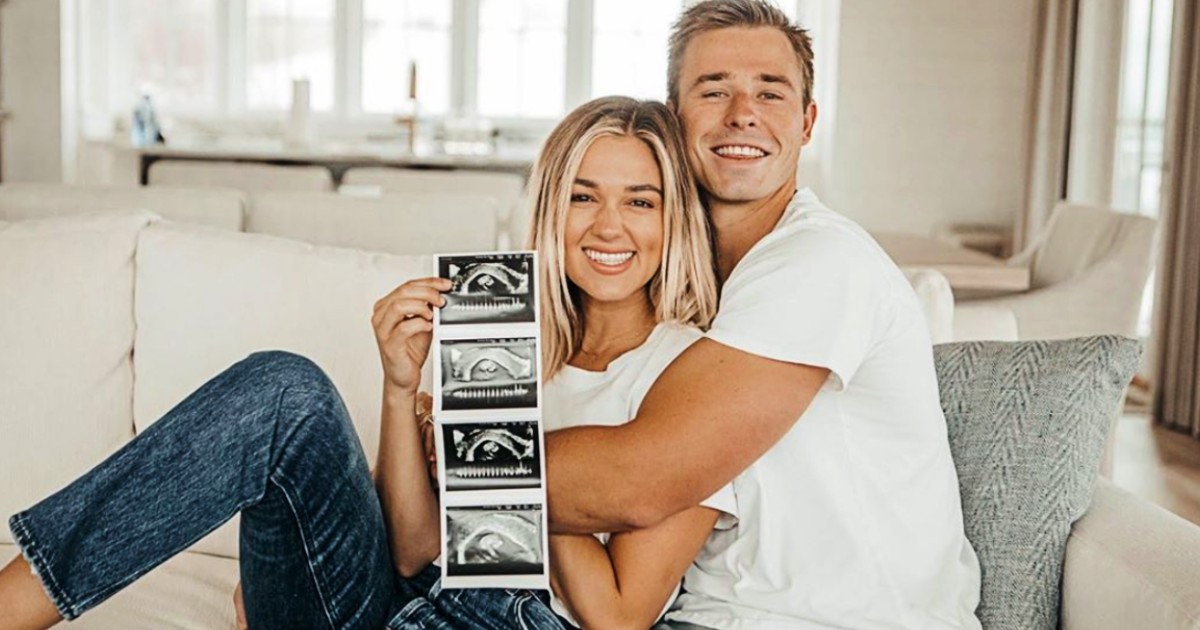 Former contestant Casey Goode from American Idol Season 8 is in need of prayer, after he newborn son tests positive for COVID-19.

Giving birth to your first child should be an exciting time. But for Casey, things took a terrifying turn when doctors diagnosed her baby boy with COVID-19.

Some will remember Casey Goode from season 8 of American Idol. At the time, she was performing under her maiden name, Casey Carlson. But her appearance on the national singing competition didn’t have the happy ending of which she’d dreamed.

Casey was talented enough to make it to Hollywood Week and the semifinals. But the judges ended up voting her off the show. And their harsh criticism and ridicule threw Casey’s life into a tailspin for a while.

“I was 20 years old… and I was told on national television that my performance was ‘ALL WRONG, by the judges,” Casey explained. “It was clear they thought that I was not a good enough singer or performer to be on the show. I was heartbroken and humiliated. I went home to Minnesota feeling lost and confused and so unsure of what the future held for me.

Thankfully, Casey Goode didn’t give the judges from American Idol final say over her life. She came to realize that moment didn’t determine her worth.

This world doesn’t get to define us or determine our value. Just as the song ‘You Say’ from Lauren Daigle says (another American Idol “reject” by the way), God is the only one who has say over who we are!

RELATED: 9 Things You May Not Know About Christian Singer Lauren Daigle

Casey found healing from the public disgrace and rekindled her passion for music. She turned to social media to inspire others as an influencer under the name Quigley.

Casey Carlson from American Idol became Casey Goode after marrying the love of her life, Alex Goode. And the two were overjoyed when they got the news they were having their first child.

But things got scary during the birth when some pregnancy complications like cholestasis and preeclampsia arose. Thankfully, though, Casey’s and Alex’s baby boy arrived safely and they named their son Max.

Little Max spent 8 days in the NICU and then finally headed home. But it wasn’t long before he was headed back to the hospital for a terrifying diagnosis.

“Max tested positive for COVID-19 early Saturday am,” Casey explained on social media. “We took him into the ER after he was running a fever in the middle of the night. We had confirmation that he was exposed from direct contact with a medical professional who had cared for him earlier in the week.”

Casey and Max went into quarantine at the hospital.

Prayers poured in from fans for little Max and his mama. And thankfully, things took a positive turn. Max’s fever went down and after a few days, doctors released both him and Casey.

“I’m happy to report that we’re getting discharged,” Casey said. “Max is napping and we’re going to finish up our quarantine at home.”

With the fever gone and his oxygen levels looking good, Casey Good of American Idol said her baby boy was “doing really well.”

“His only symptoms now are just a little nasal congestion and horse [sic] voice,” she explained.

Meanwhile, Casey’s health remained good — a true blessing with everything else going on.

“As for me, I’m still not showing any symptoms, which for me is really a miracle because I can’t imagine how hard the last five days would have been if I had been sick at the same time of caring for a sick baby,” she said.

Now, back at home, we’ll be praying that Max continues to recover from the coronavirus.

YOU MAY ALSO LIKE: She Nearly Lost Her Life To COVID But This Mom Is Finally Getting To Meet Her Newborn Baby

“Defend the weak, the poor, and the fatherless. Maintain the rights of the poor and oppressed. Rescue the weak and needy. Deliver them out of the hand of the wicked.” Psalm 82:3-4