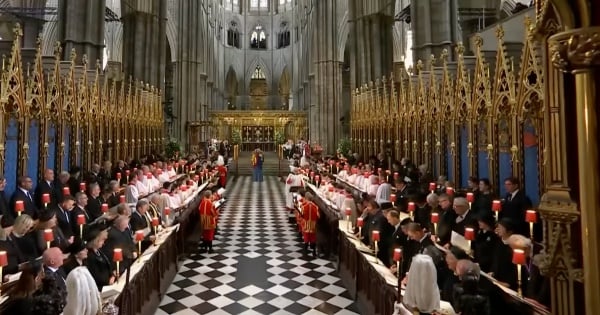 In this classic video of Dolly Parton on The Johnny Carson Show from 1977, the country music icon is appearing on the show for the very first time. And reliving this moment is a real treat!

At the start of the video, Johnny introduces Dolly to the stage. She is in an all-pink original jumpsuit. Dolly comes out singing, "Higher and Higher." She sings with such zeal and expression.

RELATED: Dolly Parton And Carol Burnett Team Up For ‘No One Picks Like A Nashville Picker Picks'

The song appears to have such a gospel-centered message. God has lifted us up out of the pit of sin and seated us with Christ.

Dolly Parton Sits Down And Chats With Johnny Carson

Dolly sits down with Johnny and laughs and is so excited to be on this show. She shares her excitement to be on the show that it is her birthday. Dolly says that country music is shared by ordinary people in extraordinary ways.

Dolly jokes that she was one of twelve children. She shares how wonderful growing up in the mountains was for learning the importance of life. Dolly is then asked about her husband, Carl Dean, and she shares about him and jokes that he is not her biggest fan.

Johnny then jokes that Carl can go outside for a moment because Dolly is going to sing again.

Her second song of choice is "Me and Little Andy." She sings a sweet lullaby style with just Dolly and her guitar. It is an intimate song about an abandoned little girl who shows up on a doorstep with her dog Andy.

The wonderful thing about Dolly's music and country is that it tells a story. She has shared two heartfelt and impactful stories on this show, and she knows how to have fun and laugh at herself. This is a classic video to get to know Dolly before she got big.

YOU MAY ALSO LIKE: Lucille Ball's Son Shows Up During Johnny Carson Interview & Her Reaction Says So Much

"He lifted me out of the slimy pit, out of the mud and mire; he set my feet on a rock and gave me a firm place to stand." Psalm 40:2