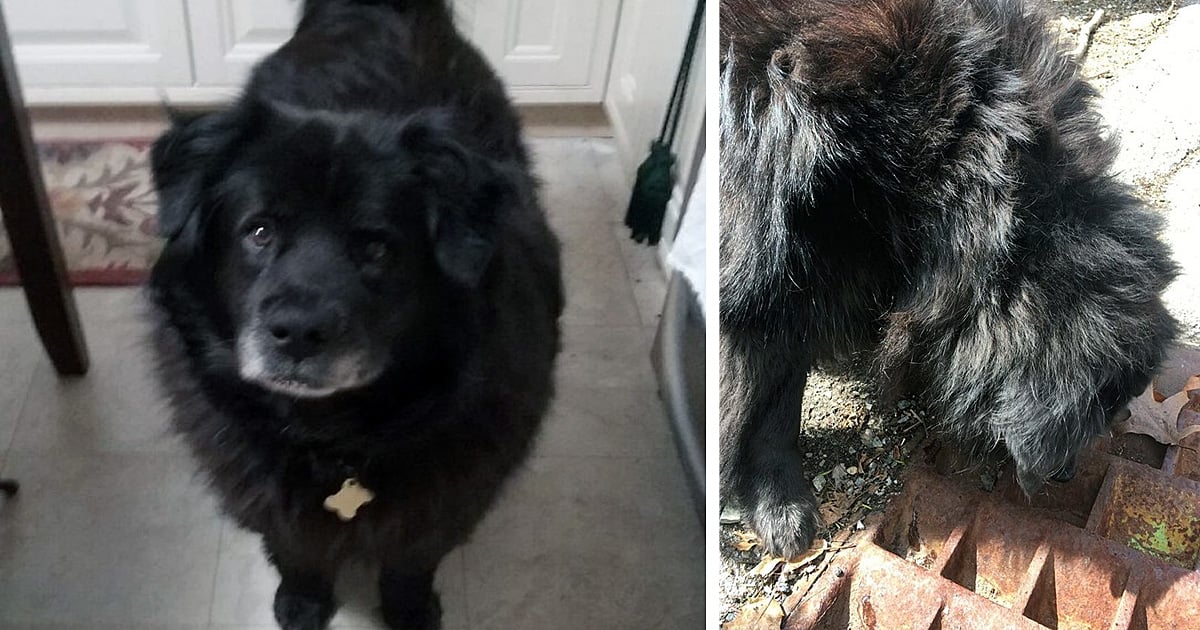 Following a serious head trauma, 39-year-old Jonathan Michel was starting to show signs of life. Then an unexpected visitor showed up at the hospital. Jonathan’s estranged wife tried pulling the plug on him. But his devoted dad was ready to do anything to keep his son alive!

Karen Michel was on a missions trip in Africa when she got the call every parent dreads. Her son, 39-year-old Jonathan Michel, was in the hospital and on death’s door.

While goofing around and wrestling, a chair hit him in the head. But no one realized he was bleeding internally until friends found him convulsing on the kitchen floor. The head injury had turned into a brain aneurysm.

A father of three, Jonathan and his parents are very close. In fact, he even lives next door to them. So, Karen rushed back to Texas to be by her husband’s side as they prayed for their son’s healing.

At East Texas Medical Center in Tyler, TX, doctors discovered Jonathan had internal bleeding, causing serious damage to 75% of the left side of his brain. As a result, he currently suffers from paralysis of nearly all of the right side of his body.

Brain injuries are always tricky and run the risk of putting the victim into a vegetative state. But Karen and her husband, Wren, desperately prayed for their son. And to their delight, Jonathan showed signs of life!

First, he woke up. Then, he kept showing signs he was aware of his surroundings. From fastening and unfastening his niece’s watch, to closing his eyes during prayer — Jonathan’s behavior certainly suggests he’s alert and aware of what’s going on around him.

“We have watched as God has brought him from a state of no hope to a state where he responds to commands, recognizes us and moves about his whole left side and slight movement with his right foot,” Karen declared in a Facebook update.

Karen even posted a video showing just how responsive her son is.

Encouraged by Jonathan’s progress, Karen and Wren knew God was performing a miracle.

“We have watched as God has brought him from a state of no hope to a state where he responds to commands, recognizes us and moves about his whole left side and slight movement with his right foot,” Karen declared in a Facebook update.

So, it came as a complete shock when they got the news that doctors were preparing to remove Jonathan’s life support!

While Jonathan’s head injury was severe, he’s not brain-dead. His body just isn’t strong enough yet to function without help from the machines. He still needs time to heal and grow stronger.

But taking away Jonathan’s life support would eliminate any chance of getting better. It would include removing a shunt currently draining fluid from his brain, which would result in certain death.

So, the decision baffled Karen and Wren. But then the doctors explained it was actually Jonathan’s long-estranged wife making the call.

Apparently, Jonathan’s wife left him three years ago. But according to Karen, custody and child support battles, along with finances, have delayed an official divorce. So, she and Jonathan are still legally married.

So, it came as a complete surprise when she turned up at the hospital with their marriage certificate, urging doctors to remove her husband from life support! 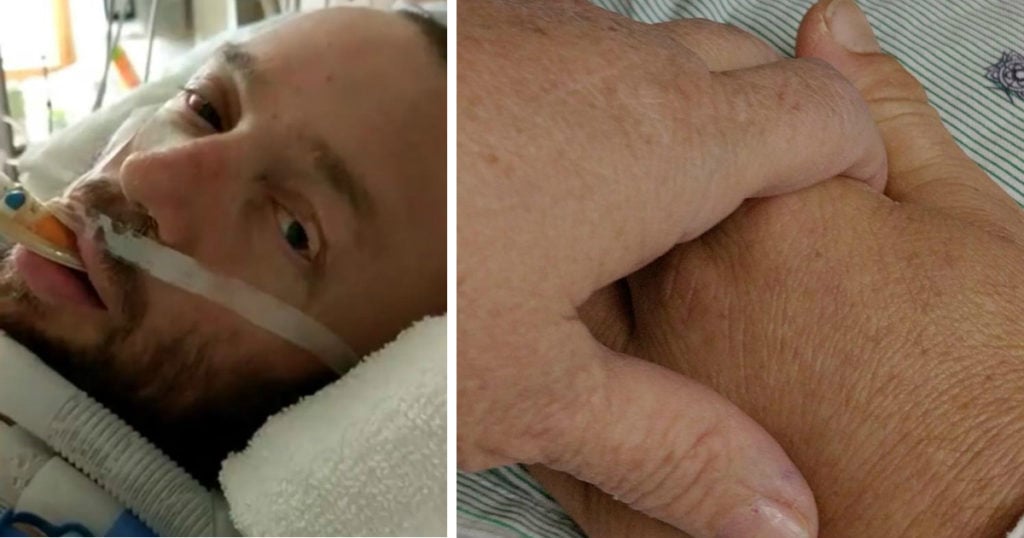 Jonathan’s estranged wife claimed she was doing it for him.

"If I'm ever in such a situation, I want to let nature take its course," she says Jonathan once told her.

She also claimed that, while visiting Jonathan’s hospital room, she asked him if he wanted “all this stuff off of you,” referring to the life support equipment. She says Jonathan moved his left foot to indicate yes.

But according to his mom, Jonathan’s left foot spontaneously twitches every few minutes. Karen doesn’t believe for an instant her son gave consent, nor is he in any condition to do so.

And there was no way Jonathan’s parents were about to let Jonathan’s estranged wife pull the plug!

Upon hearing the news, Jonathan’s devoted dad did what he had to do. He barred the door, blockading his son’s hospital room!

"If you're going to unplug him, you'll have to go through me," the determined Grandpa told hospital staff.

The police even showed up. But no one was going to get Wren to budge.

“I would give my life for his,” he said. “I would rather me die than him.”

Karen and Wren demanded Jonathan’s case go before the Ethics Board. Meanwhile, they appealed on social media to friends, family, and church to pray for the situation. It caught lots of attention online, and many pro-life people and organizations stepped in to help.

Thankfully, the Ethics Board reviewed Jonathan’s case and agreed with his parents. 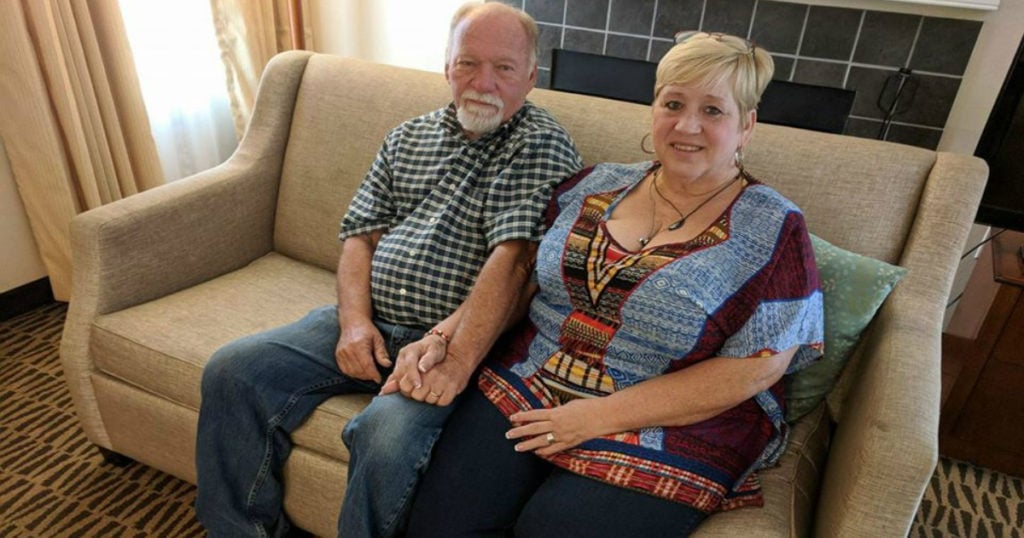 Though Jonathan’s estranged wife tried pulling the plug, his loving parents succeeded in stopping her. But Jonathan still has a long road to recovery and is in desperate need of prayers.

“We are a long way from winning the battle before us, but with God, I know all things are possible!” Karen wrote in a Facebook update.

Sometimes you have to stand up for what you know is right. We’re so glad Wren didn’t back down and we’ll continue to pray for Jonathan’s healing!

Jonathan has continued to make progress and has been released from the hospital. But he still has a long road to recovery and lots of medical needs. His family is caring for him and continuing to trust in God to supply all their needs in doing so.

“Our faith is in God. God has spared his life we also have faith that there’re others who are capable of helping us care for our son. If God directs you, please pray for Jonathan, and our family as we try to care for his every need. Thank you and God bless you for taking the time to read about our beautiful and only son,” Karen wrote in a Facebook update on November 4.

YOU MAY ALSO LIKE: God Credited When Boy Comes Back After Parents Sign Forms to Donate His Organs

What an incredible God we serve!