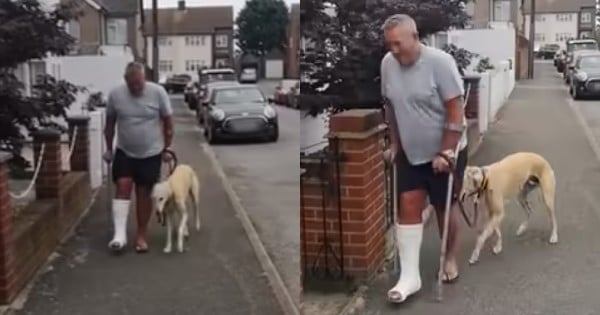 13-year-old Keira Domachowski’s fake tan gone wrong had her mom in hysterics. And after sharing the results online, it had the internet cracking up too!

Adolescence is proof God has a sense of humor. Nearly all of us have at least a handful of cringe-worthy but laughable moments as teens. And now, 13-year-old Keira Domachowski of Wales has her very own!

For me, it was the perm I insisted on getting when I was in the sixth grade, despite the hair dresser’s desperate attempts to talk me out of it. And for Keira, it’s a fake tan gone horribly wrong.

The 13-year-old decided to add a little color to her fair skin with the help of self-tanning lotion. But when looking at the available tanners, she jumped at one boasting a “1 Hour Fast Tan.” In her haste, Keira only looked at the processing time and not the shade she’d selected.

As it turns out, the fair-skinned teen grabbed the “Darker Than Dark” shade. And the results were hilarious!

Keira quickly slathered her entire body in the self-tanning lotion. But her mistake soon became apparent.

“What have you done?” she gasped as the “darker than dark” version of Keira walked around the living room.

Thankfully, the teen girl took it all in stride and laughed right alongside her mom. And her bright smile was especially dazzling set against her new complexion!

Carole shared the fake tan gone wrong online (with her daughter’s permission) so others could have a good laugh. She even likened Keira to an Oompa Loompa from the classic movie Willy Wonka & the Chocolate Factory.

Sadly, some folks started leaving nasty comments. So, Carole asked her social media followers to fight the negativity with some kind words.

I think it’s important to remember Keira is only 13. I’m sure we all did some things during that time in our lives that opened us up for ridicule. The perm I mentioned previously earned me the nickname of “mophead” for a time. And my first attempt at wearing makeup had similar results to Keira’s when I selected a foundation two shades too dark.

The fact is, we all make mistakes. And kudos to Keira Domachowski for having the maturity to be able to laugh at hers. While I can see the humor in my sixth-grade blunders now, it felt like the end of the world to me back then.

So, keep holding your “darker than dark” head high, Keira. This fake tan gone wrong is going to make for a wonderful story to share for years to come!

“Let it be all joy to you, my brothers, when you undergo tests of every sort; Because you have the knowledge that the testing of your faith gives you the power of going on in hope; But let this power have its full effect, so that you may be made complete, needing nothing.” James 1:2-4

“We also rejoice in our sufferings, knowing that suffering works perseverance; and perseverance, proven character; and proven character, hope: and hope doesn’t disappoint us, because God’s love has been poured out into our hearts through the Holy Spirit who was given to us.” Romans 5:3-5