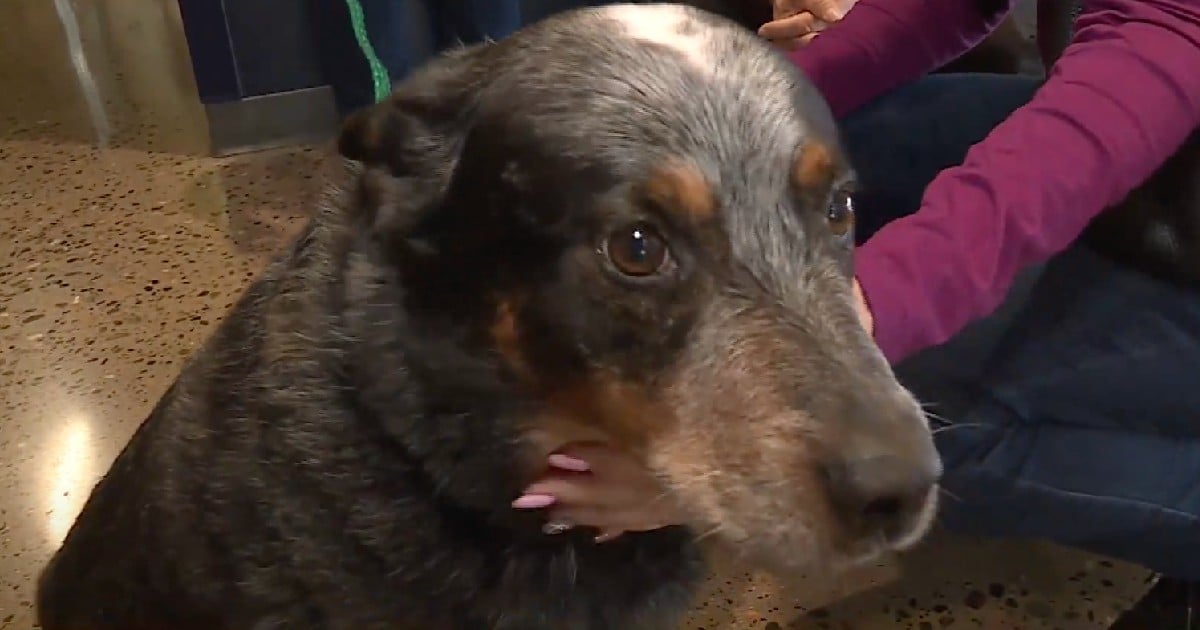 A rescued Golden Retriever found in the wild is a testament to answered prayers and an act of kindness from strangers.

Imagine being nearly frozen to death and lost. Neesha, an eight-year-old dog, had been missing for nearly two weeks when a couple went to amazing lengths to save the Golden Retriever they found who was lost and freezing in the wild.

Sweet Neesha couldn't find her family after she ran away from a deer during a hike. Her family searched for her initially but they were beginning to lose hope. You see, this sweet dog had gotten lost in the snow-covered mountains and the temperatures were well below freezing.

Worried for her safety, her family left a basket of unwashed laundry on the trail. They had hoped she would pick up the scent and wander back. They even used a drone to search for her but their beloved Golden Retriever was nowhere to be found. Unsure of what else to do, they took to social media to explain their plight.

RELATED: Golden Retriever Takes A Trip To The Aquarium And Becomes Best Friends With A Dolphin

"We went on social media and posted it out. Then a weekend later, we were still looking for her, we were starting to give up hope," said Erina O'Shea Goetelen, Neesha's owner.

Well done to Ciara Nolan past pupil of 2006, who, along with Jean Francois Bonnet rescued a dog called Naoise, on Lugnaquilla last Saturday. Naoise, had gone missing two weeks earlier in the mountains. After a fortnight missing, the owners are thrilled to get her back. Great news pic.twitter.com/SnLMgwcd67

They had all but lost hope that she would ever be safely reunited. It had been just over two weeks and they thought there was no way she could survive freezing temperatures without shelter, food, and water.

But God answered their prayers.

A pair of hikers, Jean-Francois Bonnet and Ciara Nolan, was out hiking in the wilderness when they found Neesha the Golden Retriever nearly frozen to death. She was unable to walk or even bark.

RELATED: Golden Retriever Puppy with Tail on Head Dumped for Being Different But Everyone Else is in Love

They immediately wrapped her up in warm spare clothes and used a scarf to tie her to Jean's back. Then they began to carry her down the mountain. It wasn't easy because the terrain was icy and they lost their footing a few times.

It took almost five hours to get Neesha off the mountain. They knew this sweet, precious dog was someone's furry family member so they contacted animal rescue who began searching for her family.

But then Erina got a call, she recalled, "On Saturday, I had a voicemail from this girl called Ciara Nolan. When she said she had our dog, we were like ‘What? You couldn't. She's dead.' So we contacted her and picked her up from them."

The family was more than overjoyed God had answered their prayers but they say it was rough going for Neesha at first. She was quiet and ‘subdued.' They think she may have suffered post-traumatic stress disorder from her ordeal. But she is doing much better now that she is home and safe, thanks to the kindness of strangers! What a miracle the hikers found her and had compassion for the sweet dog to bring her home.

YOU MAY ALSO LIKE: Golden Retriever Dancing In The Backseat Has The Entire Internet Cracking Up At His ‘Moves'

"Blessed is he who considers the poor; The Lord will deliver him in time of trouble." Psalm 41:1