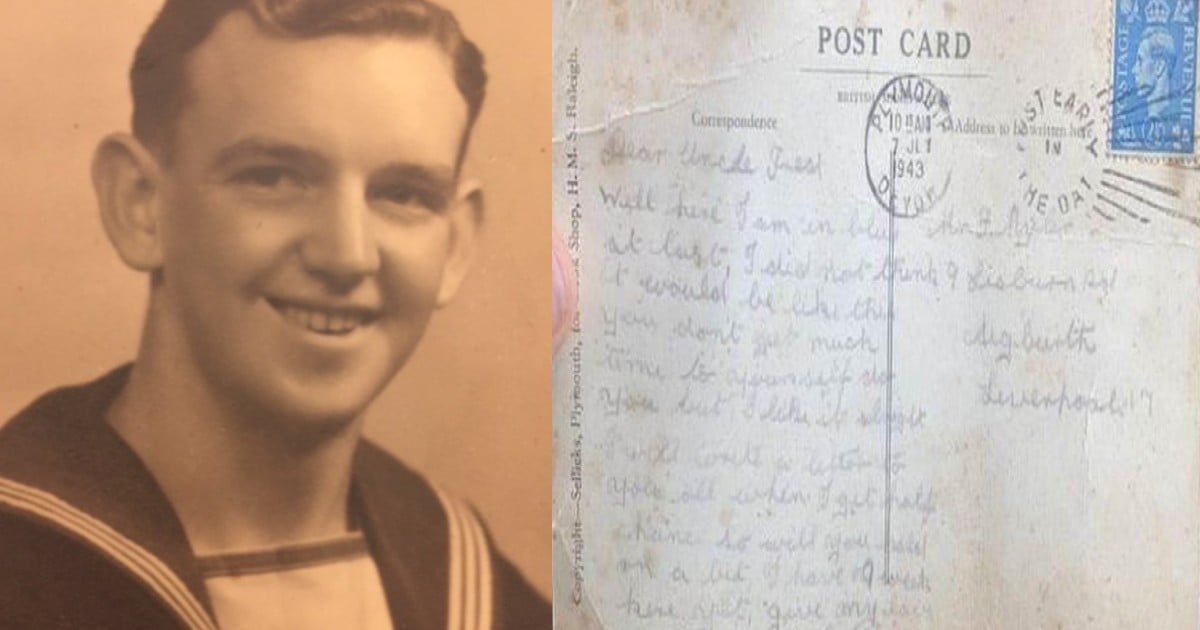 In 1943, Naval Officer Writes A Postcard During WWII And 77 Years Later, It Arrives
Read Article »

These days, it’s rare to see a handwritten cover letter. But that’s not what made Ryan Lowry’s upload on LinkedIn go viral. It’s because of the sincere words penned by this young man with autism and how they tug at every heartstring there is!

Ryan Lowry, a now 20-year-old with autism, lives in Leesburg, Virginia in his parents’ basement.

And while Rob and Tracy Lowry welcome their son to live with them as long as he needs, they also want to help him find independence.

But a big part of that independence involves finding a career. And often, that can be difficult for those facing autism. Society isn’t always accepting of persons who learn and see the world differently.

Ryan Lowry knows the rest of the world sees him as “different.” But he also knows he’s capable of doing great things in his chosen field of technology — specifically either animation or IT.

So, Ryan decided to pen a handwritten cover letter to accompany his resume on the job-finding site, LinkedIn. And the young man’s heartfelt words ended up going viral!

My name is Ryan Lowry. I am 19 years old, live in Leesburg, Virginia, and I have autism. I also have a unique sense of humor, am gifted at math, am really good with technology, and a really quick learner.

I am interested in a job in animation, or in IT. I realize that someone like you will have to take a chance on me, I don’t learn like typical people do. I would need a mentor to teach me, but I learn quickly, once you explain it, I get it. I promise that if you hire me and teach me, you’ll be glad that you did. I will show up every day, do what you tell me to do, and work really hard.

Please let me know if you would like to talk about this with me. Thank you.

When writing this letter and setting up a LinkedIn account, Rob and Tracy Lowry were just trying to help him learn about business and responsibility. They likely never guessed their son’s handwritten cover letter would get millions of views.

But that’s exactly what happened!

Ryan’s sincere words and heartfelt plea for an opportunity struck a chord with so many. After going viral, he was inundated with messages. Tons of reputable businesses offered to help him out. But also, lots of families reached out to say how much inspiration Ryan’s handwritten cover letter brought them.

"I lay in bed at night and I cry reading the messages," Tracy Lowry said. "This raw, vulnerable letter has opened up so many opportunities."

Too often the business world gets caught up in numbers and statistics and bottom lines. But Ryan Lowry reminded everyone that people should come first. Whether they have autism or not, most people are simply looking for a chance — a chance to contribute, a chance to prove themselves, a chance to belong.

Moments like these are a reminder of the good the Internet can do. And what a blessing Ryan’s handwritten cover letter going viral has been to the Lowry family. His parents will always worry about their son’s future. But now, businesses are looking past his autism and seeing the special person Ryan is. And what a joyous hope that brings.

"Ryan is capable of so much," Rob Lowry said of his son. "The goal here for Ryan is independence. He can live in our basement for the rest of his life. We'd love it. But Tracy and I are going to die someday, and he needs to be able to live independently. We're cautiously optimistic."

YOU MAY ALSO LIKE: Woman Asks Boyfriend for Help with Resume, Then Spots Why She Hadn't Found Job

There is no doubt God has big plans for this young man!

“For I know the thoughts that I think toward you, said the LORD, thoughts of peace, and not of evil, to give you an expected end.” Jeremiah 29: 11