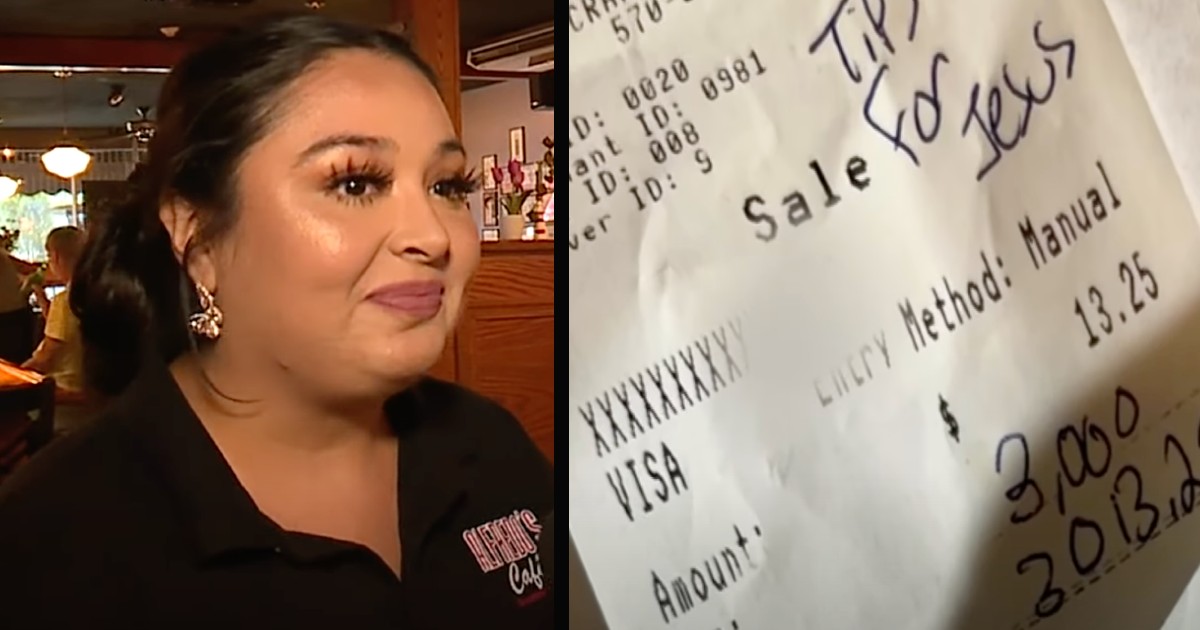 Man Orders Stromboli and Then Leaves $3,000 for Waitress in Scranton As Part of Tips For Jesus
Read Article »

A young pitcher was devastated when his throw hit the Little League batter in the head. But the player showed such incredible compassion for the pitcher, the video went viral!

At the start of the video, a pitcher in crimson throws a hard ball that ends up hitting the Little League batter on the side of the helmet as the boy in blue spins to the ground in pain.

Coaches and medics come to check in on the boy who had just been hit. He bravely shakes it off and gets back into the game.

Surprisingly, the pitcher is in tears and torn up over the fact that he hit another player in the head. He is crying and shaken up on the pitcher’s mound as we suddenly see the Little League batter who he hit approach him from a base and hug him and talk to him in his ear.

He encourages his opponent, and then all of these other crimson teammates join in the comforting, along with a coach telling him that he is alright.

RELATED: Grandma Shows Incredible Compassion for Man Who Took Her Car Then Died After Crashing It

Parents cheer and clap with tears over this sportsman-like moment. Texas East vs. Oklahoma has quite the game. This moment is touching and inspiring not only to those present but to everyone who has viewed this video.

It reveals that there is more to a sport than winning the game. These young men have it right, and they are living out a way that honors Christ. Jesus tells us to love our enemies. This is not always easy. The Little League batter could have easily laughed or neglected the pitcher. But instead he approached him and gave him support. We can ask God to help us to love this way, even in unexpected circumstances.

YOU MAY ALSO LIKE: 2nd Grader Sees Boy With Autism Crying On 1st Day Of School And His Compassion Is Going Viral

"But I tell you, love your enemies and pray for those who persecute you." Matthew 5:44

LISTEN: Girl Is Distraught After She Loses Tooth On Plane | Boy Spots Trouble And Jumps Into Action