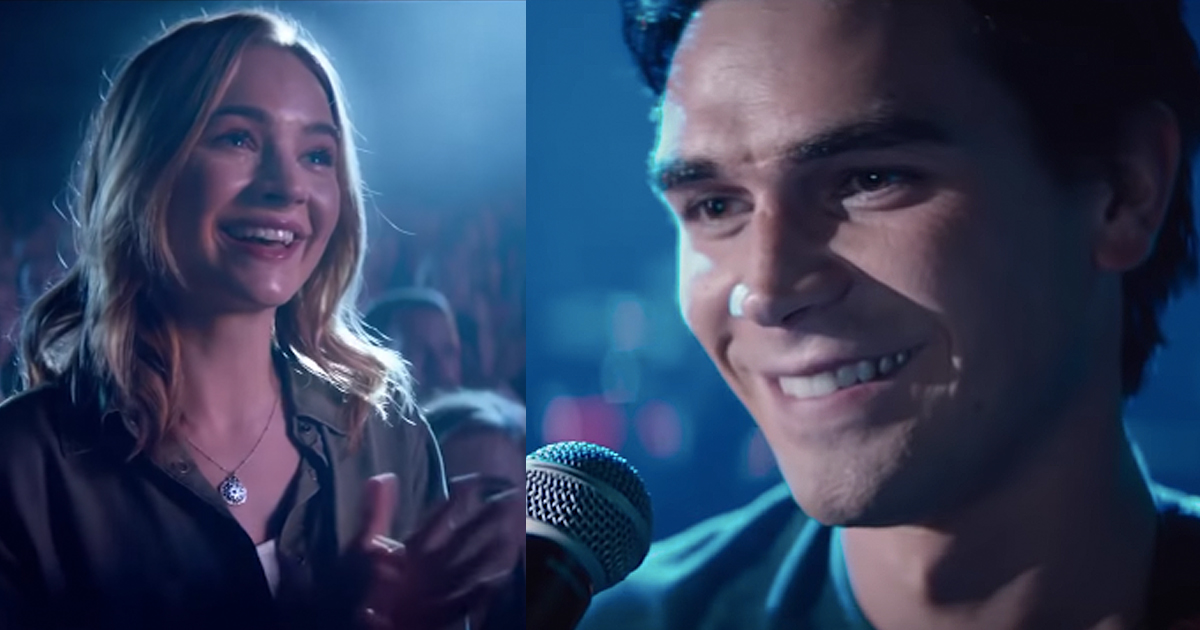 A brave mom gave CPR to her baby while in labor with triplets, saving the newborn’s life. And that’s only a fragment of Danielle Johnston’s inspiring story!

Danielle Johnston of Saskatchewan, Canada, is being hailed as a supermom for giving CPR to her baby. She did so after unexpectedly going into early labor with her triplets.

RELATED: Pregnant Wife Performs CPR On Husband Who Ends Up In Coma Day Before Delivery

But believe it or not, this is actually the second time Danielle has used the life-saving technique to resuscitate one of her children.

In 2010, Danielle’s daughter Kate was 10-months-old and the family was enjoying the nice weather at a local park. Danielle had her baby girl in her arms when, without warning, a nearby dune suddenly collapsed right on top of the mom.

The avalanche knocked Kate out of Danielle’s hands and buried the baby girl in the sand.

“We uncovered her head and pulled her out,” Danielle Johnston recalls. “I got the sand out of her face and mouth, and gave her CPR, and then she started to cry. It was like a weight was lifted when I heard her crying.” 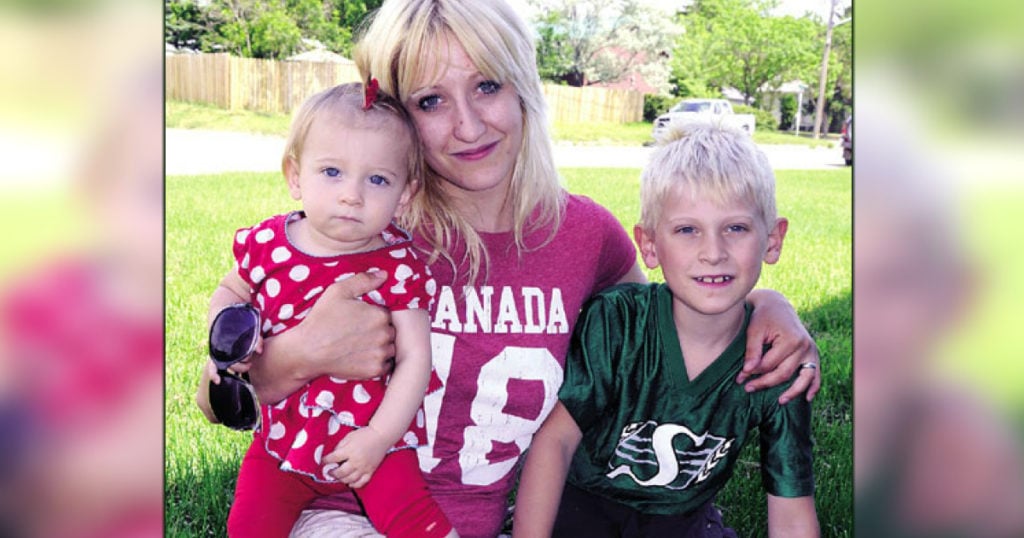 Thanks to the quick-thinking mom giving CPR, Kate survived with no lasting injuries or damage. But this wasn’t the last time Danielle would experience a miracle like that.

Today, Danielle Johnston has 7 kids with her husband Trevor. And while in labor with triplets, this supermom used CPR to save one of her babies, yet again!

Mom Gave CPR While Having Triplets

One night when Danielle was 32-weeks pregnant, she and the kids were at home sleeping while husband Trevor was still at work.

Even though Danielle had shown no signs of early labor, intense labor contractions interrupted her sleep.

“I woke up in horrendous pain,” Danielle recalled.

The couple’s 15-year-old son, Dillon, called for an ambulance. But they would have to wait 45 minutes for it to arrive because of the remote location of the family’s farm.

As they waited, Danielle gave birth to the first of her triplets — a baby girl they named Karlee. But Karlee wasn’t breathing. So, her mom gave her CPR.

“I just kept doing CPR on the baby and … meanwhile, I have two more inside me and I’m fighting contractions,” Danielle recalled.

RELATED: Baby Spends 61 Minutes With No Heartbeat But Gets Miracle Just As Doctor Gives Up

When the ambulance finally arrived, paramedics rushed both mom and baby to the hospital. There, Danielle delivered her other two babies — boys Jack and Liam — via c-section because they were breeched.

“It was kind of scary at first,” Danielle Johnston said of her triplets’ delivery. “They were all on oxygen and IVs. It was almost overwhelming. But the nurse said it’s day by day, and they’ll come off of all this. And she was absolutely right.”

Folks are amazed at how the mom gave CPR while still in labor with the rest of her triplets. But of course, the brave woman was willing to do whatever it took to keep her babies safe.

“I don’t think you have any choice. You just do it,” Danielle explained. 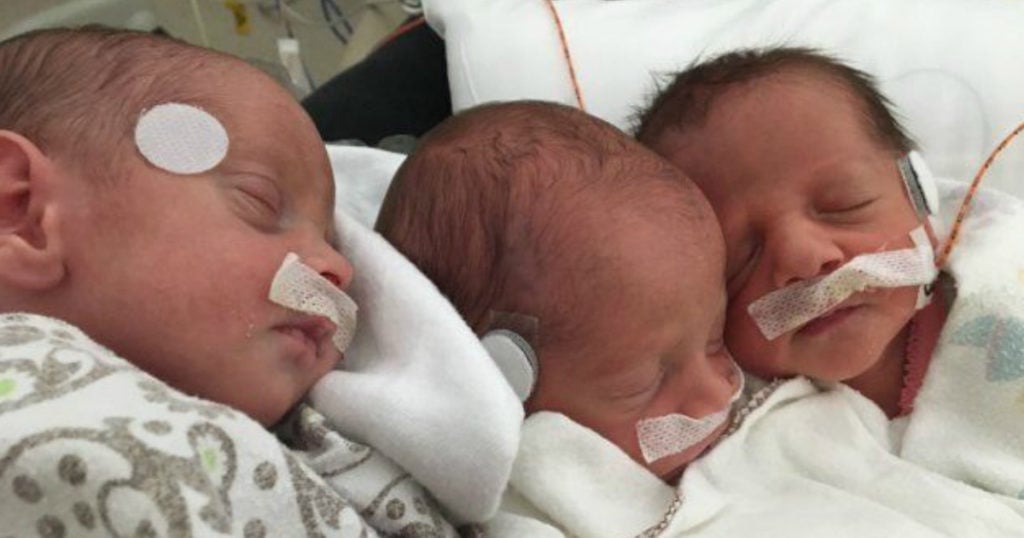 Because the triplets would need to remain in the NICU for some time, Danielle and her family stayed in their camper near the hospital. And what a blessing that turned out to be!

A day before doctors would release all of the triplets to go home, the Johnston’s family farmhouse caught fire. The blaze consumed the home and all of the belongings inside to nothing but rubble and ash.

“It was wiring issues,” Danielle explained. “That's what lit it on fire." 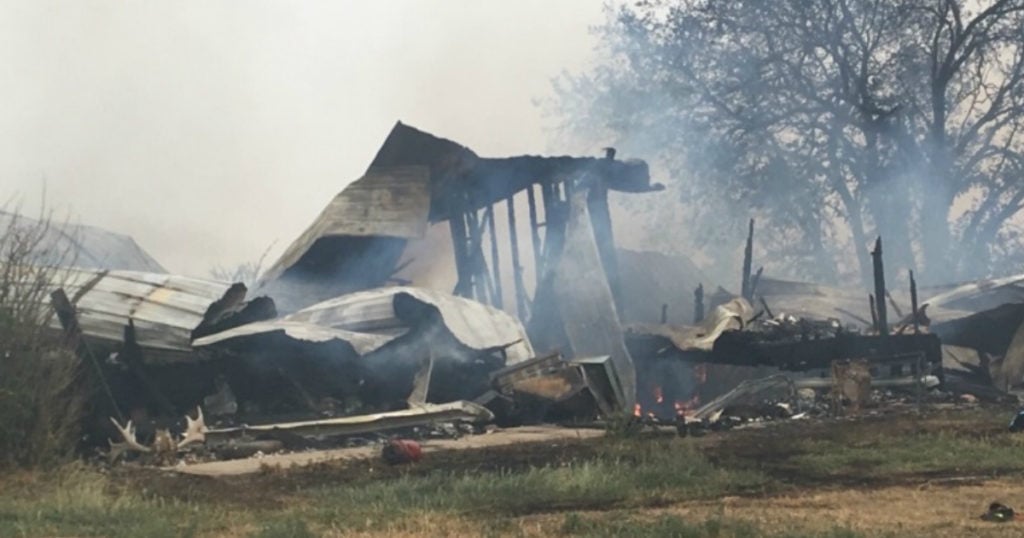 But the mom who gave CPR and her family have remained focused on their blessings over what they lost in the fire.

"It's just stuff you know? I could have lost a child in that fire if we were home. It could have been very bad," Danielle said. "I'll make new memories. It will be alright."

By far, the hardest loss was that of the pets unable to escape the burning home.

"They were like children almost to me," she said. "That's what hurts the most."

But the grieving family got to feel God’s love through the community members who came together to be the hands and feet of Jesus!

News of the devastation to the family of nine spread quickly. Close friend Brianna Ereth put together a fundraising page right away to start gathering donations. Others set up storage where folks could donate items like baby gear, clothes, home goods, etc.

"I don't even have words for it. It's just so humbling," said Johnston. "So much kindness and generosity. It's going to make it so that everything's going to be OK."

The tremendous outpouring of support greatly lessened the blow for the family.

RELATED: Boy Starts Lemonade Stand To Take Mom On Date After Dad Dies But Never Expected The Turn Out He Got

"In a matter of a couple of days I had pretty much everything I needed and it was all from what people had given me because I wouldn't have been able to do it," Danielle Johnston marveled.

“We’re just so grateful that we live where we live. Thank you so much.” Danielle went on to say.

In addition to replacing the family’s possessions and raising more than $70,000, blessings came from all kinds of places.

The children’s school provided all the supplies the kids would need. They also provided milk and hot meals for the entire school year free of charge.

Another tough blow was losing all of the family photos.

Danielle won’t ever be able to get back all of the baby pictures and special keepsakes the fire claimed. But thankfully, they have been using local photographer, Vanessa Lanktree, to take their annual family portraits each year. Vanessa provided the Johnston family with every photo she’s ever taken of them.

All of the kindness and support deeply touched the Johnston family. It helped pull them through a very difficult time. But it had a huge impact on everyone involved, too.

"It gives me goosebumps. I go from being devastated for her [Danielle] to just crying because of all the people who are willing to donate things," friend Ereth said.

Family Of 9 Finally At Peace After House Fire

Several months after the fire and thanks to all of the community support, the family had a new house.

At last, Trevor and Danielle, the healthy triplets, and their four siblings could settle into their new home. And just in time for Christmas! 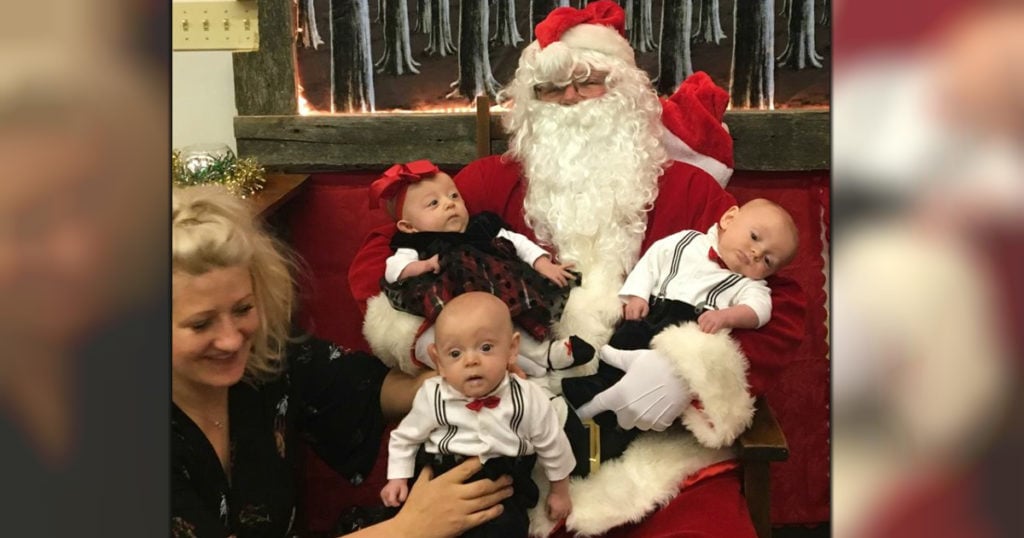 "This is pretty close to what we had," the mom who gave CPR said. "It's a little bit different, but the same size and everything that we had before. The only thing is, this is better because this is all wired properly.”

After so much change, the security this offers the kids is a huge blessing, indeed. It’s allowing the children to finally move on from all of the emotional turmoil.

"They're all excited to be in the home, but I had to sleep with them that first night," Danielle explained. "Now they're all adjusted perfectly. But it was scary, and it kind of traumatizes kids to see their house on fire the way they did, to lose their animals and all their things.”

And while there are things the family will never get back, this supermom continues to inspire with her courage.

"I don't understand how she's even holding up. It boggles my mind," friend Brianna Ereth said.

But Danielle and her crew recognize that, while they lost so much, God spared the things that really matter.

YOU MAY ALSO LIKE: Mom's Quintuplets Make History After Doctors Keep Finding More Babies At Every Ultrasound

"It's stressful, I'm not going to lie,” Danielle explained, “but like I said — it could have been a lot worse."

After everything that happened to the Johnston’s, the family still had just one word to sum up their year — “thankful.”