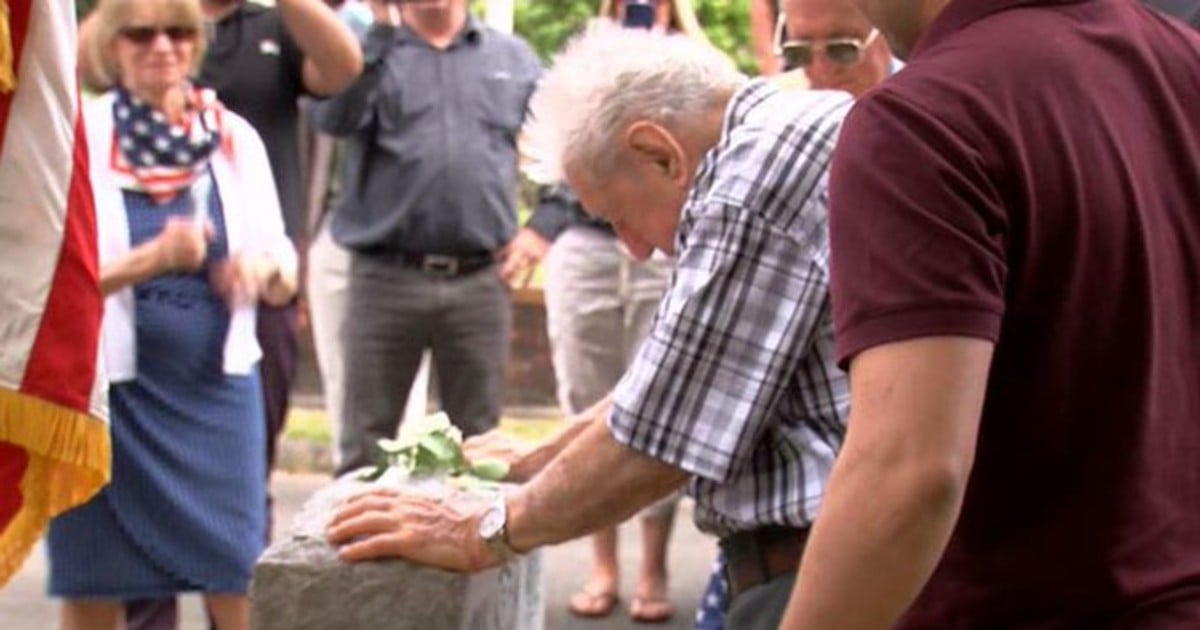 Georgia waitress Keelyn Harper performed a daring rescue from a burning car after God put her in the right place at the right time to save a stranger.

Like most of us, Keelyn Harper usually takes the most direct route when it is time to head home from work. But one particular evening, after finishing her shift at Rooster's Drive Inn in Georgia, something prompted the waitress to go a different way down a county highway.

RELATED: Mom Breaks Down As She Meets Good Samaritan Who Saved Her Son In Tense Burning Car Rescue

"I don't know why I went that way," Keelyn recalled.

It turns out, that “something” was the Holy Spirit. And He was putting the waitress right where she needed to be to help save a woman when no one else would!

Rescue From A Burning Car

As 22-year-old Keelyn Harper drove down the highway, she came upon an odd sight on the side of the road. It looked like something was burning.

The waitress pulled over for a closer look. And when she realized she was looking at a burning vehicle with a woman still trapped inside, she knew she had to do something!

Keelyn made a quick call to 911. In that time, another motorist pulled over but then promptly drove away. And though the idea of performing a rescue from a burning car was terrifying, the brave waitress feared if she didn’t help, “nobody was going to.”

“It's just me,” she thought to herself. “I have to do something.”

The woman trapped inside the burning car was Ashley Strawn. And though she and Keelyn were complete strangers, Keelyn was determined to save her.

“It was just the instinct, you know, maybe a motherly instinct or maybe just ... the human instinct to help,” the Georgia waitress recalled.

Waitress Steps Up When No One Else Will

Considering the danger, you couldn’t blame Keelyn Harper if she hadn’t wanted to get involved in a rescue from a burning car. After all, she has a 1-year-old daughter depending on her at home. But if Keelyn didn’t help, who would?

Ashley Strawn was in rough shape and bleeding badly. The car was pointing downward and Keelyn couldn’t open the driver’s side door. So, she went to the passenger side, summoned all her strength, and somehow managed to pull Ashley out.

Other motorists had stopped, but apparently, all were too afraid to help with the burning car rescue. After Keelyn dragged Ashley out of the vehicle, she held her in her arms, propped against a nearby tree until help arrived.

"We just sat there and I just prayed and prayed that it would not blow up on us," the heroic waitress explained.

Eventually, paramedics arrived and rushed Ashley to the hospital where she would spend some time recovering from a broken neck and back, as well as a punctured lung.

Everyone who heard about Keelyn Harper’s daring rescue from a burning car considers her a hero.

“It was really a blessing that she was there when she was,” said one of the waitress’ coworkers from Rooster’s Drive Inn.

Apparently, Ashley Strawn swerved to miss a deer while on her way home. She ran off the road and crashed, with the car catching on fire. And things would have likely ended very differently had Keelyn not stopped to perform a daring rescue from the burning car.

"She would have surely burned to death if it had not been for Keelyn," said Kenny Anderson, the owner of the restaurant where Keelyn works.

A flood of gratitude poured in for the brave waitress, many proclaiming her a hero. But Ashley and her family are probably the most appreciative.

“Thank you for saving my life. I can’t wait to meet you,” Ashley said from her hospital bed.

God put Keelyn Harper in the right place at the right time. But she still had to accept His call. She could have ignored the wreck like many of the other motorists. But instead, she chose to step in and help.

“She didn’t do it for anything other than the fact that if it was her daughter she would want someone to be there for her,” a coworker said of the waitress’ bravery.

YOU MAY ALSO LIKE: 2 Brave Officers Pull Man from Burning Truck Just in the Nick of Time and Cameras Caught It All

God certainly sent one of His finest Earth angels to perform the rescue from a burning car!