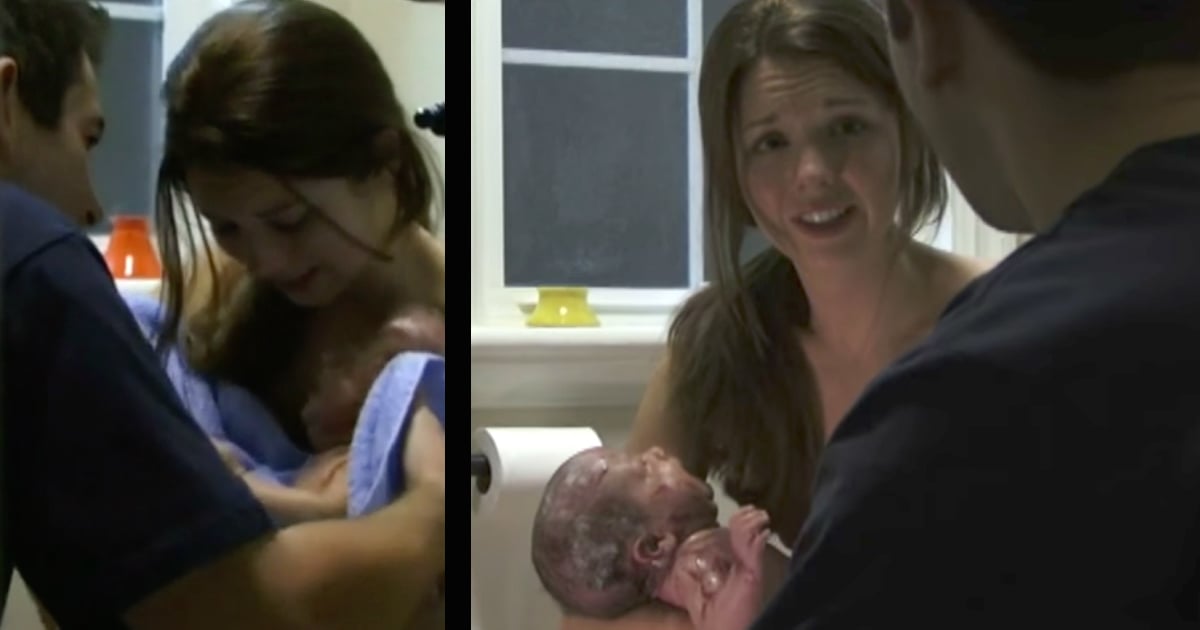 Woman Gave Birth Not Knowing She Was Pregnant, Then Gets A Miracle
Read Article »

With no “Mr. Right” anywhere in sight, Amy Steinhauser had all but given up on the idea of having kids. But then her doctor reminded the 35-year-old there were other ways to conceive. When Amy finally got pregnant, there were four heartbeats. However, there were also many dangers for each of the babies and Amy herself. The pregnancy was so risky Amy was encouraged to terminate. But this mom refused to abort her quadruplets to save her own life!

At 35, Amy was pretty happy with her life. Her job as a police-dispatched crisis intervention counselor allowed her to help people when they needed it most. She’d done a bit of dating, but never really found “the one.” She owned her own home, could take care of herself and was perfectly fine with being single by choice.

But there was one thing missing — kids.

Starting The Journey Towards Motherhood

Amy knew in her heart she wanted to be a mom. So, when her gynecologist reminded her of options like artificial insemination and in-vitro fertilization, Amy decided to give it a try. She had the means and a solid support group between friends and family. Why not?

RELATED: Single Man Worries He'll Never Have A Family, Then Turns To IVF

Amy tried artificial insemination first. After several failed attempts, a treatment finally took. But then she miscarried early on. Amy was heartbroken, but not ready to give up on her dreams of becoming a mom.

She tried IVF next. The doctor implanted 3 embryos, in the hopes that one would take. However, he made it clear to Amy he didn’t expect any success.

But a few weeks later, Amy got some miraculous news. Not only did all 3 embryos take, one of them split. Four little hearts beat strong in the ultrasound — Amy was having quadruplets!

Mother Refuses To Abort Her Quadruplets

Amy’s first response was pure joy. But as the doctor shared the long list of risks, which included the potential death of the babies or Amy, along with a series of birth complications should the babies survive.

Fearing for the challenges their daughter faced, Amy’s parents urged her to reconsider. Even her doctor suggested aborting some of the babies to reduce the danger. But Amy says his list of risks, as long as it was, “wasn't enough to match the joy I felt when I heard those heartbeats.” She would not abort her quadruplets.

RELATED: Mom Wouldn't Give Up On Her Baby, Drinking 3 Gallons Of Water A Day

Amy carried on, but the pregnancy was anything but easy. By only 8-weeks in, she was put on bed rest. She had to quit her job as it was putting too much stress on her and the babies. She was in lots of pain, and because she was already experiencing contractions, doctors stitched her cervix closed in an effort to stop premature labor.

At 12-weeks, Amy was officially admitted to the hospital and everything felt out of control. Each obstacle challenged her refusal to abort her quadruplets. But Amy’s persistence was renewed each time she saw those four hearts still beating away.

Things only got worse when, at just 25 weeks, the doctors told Amy she was going to have to deliver. She’d developed HELLP syndrome, which is a more extreme version of pre-eclampsia. Amy’s blood pressure was dangerously high. 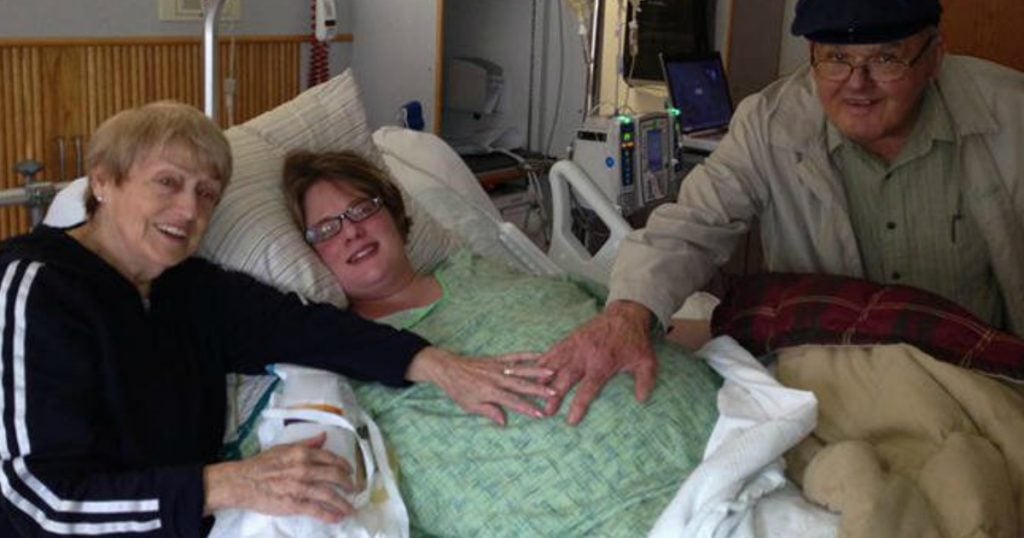 Technically babies can live outside of the womb at 24 weeks, but the odds are stacked greatly against them. Amy knew this, and protested the emergency c-section.

"You're dying and we need to take the babies," the doctor insisted.

Amy knew in her heart her babies weren’t ready, but doctors insisted on the emergency c-section in order to keep Amy alive.

Rather than the joy and excitement usually found in the delivery room, worry and fear filled Amy’s. Only one baby made a sound at all when delivered, and all four babies were rushed straight to their incubators in the NICU. There was no time for cuddling or saying hello.

HELLP syndrome usually goes away after delivery, but not in Amy’s case. Her body was shutting down and things didn’t look good. Amy fought to stay alive, all the while fearing for her four little angels who were fighting for their own lives, too.

The next few days were a blur, but amazingly, Amy recovered. Sadly, one of her babies — a little girl named Delaney — couldn’t overcome the complications of a premature birth. Her three siblings — a boy named Camden, and two girls named Sydney and Sadie — were still fighting. But the doctors didn’t expect any of them to make it out of that hospital alive.

In fact, there was one day when doctors let Amy hold Sydney because they thought she was going to die.

“She didn't. She pulled through despite every statistic stacked against her,” Amy said.

All 3 babies pulled through, though it wasn’t easy. Camden and Sadie went home around 6 months old. Sydney was nearly a year old when she was well enough to go home. And all 3, who are now 4 years old, have various health issues as a result of their premature birth.

It hasn’t been an easy road for Amy. And Motherhood doesn’t quite match what she’d imagined.

Amy figured she’d have one baby and go back to work. She wound up facing insurmountable odds, and now has 3 children at home. Sydney’s health issues require round-the-clock care, so Amy never could return to work and moved in with her parents.

Despite the challenges the family faces each day, Amy has never once regretted her refusal to abort her quadruplets.

“These kids have given meaning to my life,” Amy says. “They have taught me how precious every moment is. It's so crystal clear to me that I was meant to be their mother.”

And that includes little Delaney, despite her short life. When the quadruplets turned 4, they all released balloons in her honor and said, “We love you Delaney.”

And this is precisely why Amy wouldn’t abort her quadruplets. Whatever God had in store for their lives was precious. The trials don’t diminish the blessings God provides through each baby. Amy says,

“The love in our little family wakes me up in the morning, and it helps me sleep at the end of every exhausting day. Because of that unconditional love, I know we're gonna make it.”

You can read Amy’s full story on the Women’s Health Magazine website by clicking HERE.