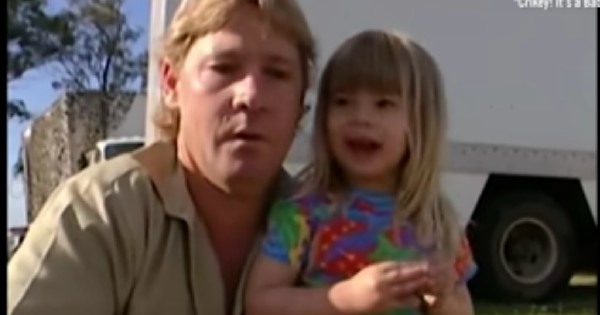 Today, Tim Tebow is on a mission to protect the gift of life. God opened the Christian celebrity’s eyes to a reprehensible evil that exists in our world. And now, the Tim Tebow Foundation is assembling a rescue team to combat the danger threatening God’s children everywhere.

When most people hear the term pro-life, they instantly think of abortion. But according to Tim Tebow, the term applies not just to the unborn but all life.

RELATED: Had Tim Tebow's Mom Listened To Her Doctors, He Never Would Have Been Born

"You see, when you're pro-life I believe that we're called to be pro-life in every area,” he explained during the March for Life Rally. “For the unborn, for the hurting, for the orphaned, for the thrown away, for the special needs, for the trafficked - for all of humanity.”

Abortion is not the only thing threatening God’s beautiful gift of life. Human beings, the image-bearers of God, are being captured, exploited, and bound as modern-day slaves through human trafficking.

There are types of evil in this world that are so vile, our natural instinct is to want to hide from them. We convince ourselves they are taking place somewhere else and are someone else’s problem.

But human trafficking isn’t just happening in distant parts of the world. It’s everywhere, including the United States. And today, Tim Tebow is on a mission to fight back against this atrocity.

As a successful athlete, sportscaster, and speaker, Christian celebrity Tim Tebow had plenty of other ways to spend his time. He could have easily chosen to turn a blind eye to the issue of human trafficking.

But today, Tim Tebow is on a mission for the Lord because he knows the pursuits of this world aren’t what really matters. And he wasn’t about to ignore his Heavenly Father’s plea.

“Whenever I’ve been truly convicted of something it’s because God touched my heart and opened my eyes to something,” he said.

The issue of human trafficking first captured Tim Tebow’s heart when he got an unfathomable phone call from his dad. Bob Tebow called to tell his son he had just purchased four young girls.

“I was in my mid 20's at the time, and completely unaware such a transaction was even possible,” Tim explained. “Surely I had misunderstood him. People buy groceries. Shoes. Annual passes to Disney World. They don't buy other people. But I had heard him correctly. My dad had opened up his wallet and bought as many girls as he could with the cash he had on hand.”

Tim’s dad purchased the girls so he could rescue them from a life of misery. But all over the world, men, women, and children of all ages are being forced, coerced, or deceived into a life of servitude where they are regarded as a commodity and exploited for someone else’s benefit.

Tim Tebow knew God was giving him a new mission. He says he had no choice but to partner with his dad — to step in and help do what was right. And Tim Tebow is still feeling the ripple effects of that decision today.

All of the stories had an impact. But Tim explains, “just like anything, some of them hit you harder than others.” And one story, in particular, really struck a chord.

A girl shared her story with Tim of being a beggar for her family. And when she described what happened to her when, as a child, she didn’t make enough money begging on the street, it left Tim Tebow crying.

“I remember being so frustrated and overwhelmed by evil,” he says.

The little girl’s mother first tortured her as punishment, hoping disfigurement would earn her more sympathy while begging. But when that still didn’t work, her own mother sold her into slavery. And that’s what hit Tim Tebow so hard.

RELATED: Parents Of 4 Step In For Boy After Hearing His Heartbreaking Shaken Baby Syndrome Story

“That wasn’t done by this evil man trying to make a lot of money… it’s not like the movie Taken,” he recalled. “This was done because a mom was on her own and she got caught up in a lot of bad things and her child became worthless to her. She was willing to trade her child for a couple of dollars… And she was willing to brutally traumatize her daughter so that they would make more.”

Stories like these are why today, Tim Tebow is on a mission. Not only does he want to fight to end human trafficking, but he also wants to restore those left feeling worthless because of the experience.

RELATED: Flight Attendant Trusts Her Gut And Saves A Teen From Abductor

Tim Tebow has made a name for himself in sports and entertainment. He’s married to the former Miss Universe, Demi-Leigh Nel-Peters. There are so many other things he could be doing.

RELATED: Tim Tebow Wedding: Everything You Need To Know About Tim Tebow And Demi-Leigh Nel-Peters

But instead, Tim Tebow is pouring all of his passion, time, energy, and resources into a rescue mission.

“I know what you're thinking, though,” he says. “Where do we even start? When a problem is that big and that complicated, what can any one person do about it? To be honest, I get overwhelmed as well, but then I remember that we serve a big God.”

Through his charity, the Christian celebrity is serving in the war against human trafficking in three primary ways.

Tim Tebow is also encouraging anyone and everyone to support the mission by joining the Rescue Team as an advocate, prayer warrior, or defender.

“The God who created the universe, rose from the grave, and defeated death once and for all is the same One who is fighting even now for the 40 million trapped in slavery around the world,” Tim says. “Nothing is too big for Him. Nothing.”

“He doesn't need us, but He chooses to use us.”

YOU MAY ALSO LIKE: Former Special Forces Member Felt God Calling Him to Help the Desperate & Here's How He Did It

Seeing Tim Tebow fully devote himself to this mission is truly inspiring. If you want to join the fight and become a part of Tim’s team, go HERE.

WATCH: The War On Human Trafficking