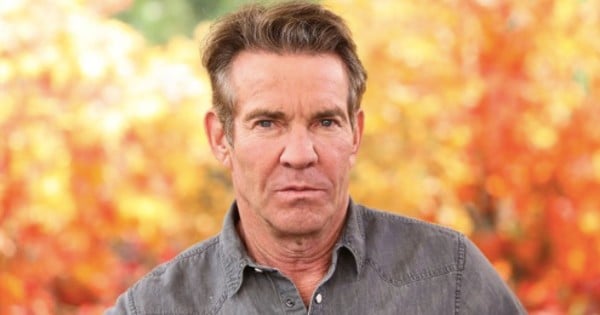 Doctors urged Tim Tebow’s mom to end her pregnancy because of its many complications, but she refused. And now, Tim shares the moving story.

People know Tim Tebow as a professional athlete, a sports broadcaster, and even as an aspiring movie producer. But first and foremost, people know him as a Christian.

No matter how Tim spends his time working, he does it all for the Lord. But had Tim Tebow’s mom listened to her doctors during her pregnancy with him, none of his many accomplishments would exist.

And now, Tim is sharing the incredibly personal story as a reminder of the sanctity of life.

Before Tim came along, his mother, Pamela, and father, Robert, already had four children. But while his father was serving as a missionary in the Philippines, God told Robert he needed to have a fifth child. Robert shared God’s vision with Pamela and soon after, she became pregnant.

However, the pregnancy was fraught with complications right from the start. In fact, doctors didn’t even believe Tim Tebow’s mom was pregnant at first.

RELATED: Tim Tebow Wedding: Everything You Need To Know About Tim Tebow And Demi-Leigh Nel-Peters

“They actually thought it was a tumor — a mass of fetal tissue,” Tim explains.

Once the doctors realized the “mass” actually was a baby, they urged Pamela to abort. There were so many complications and the doctors didn’t think the baby stood a chance of surviving.

But Tim Tebow’s mom refused to have an abortion.

“Even when the doctors said it could and might cost her her life, she decided she was going to trust God,” Tim says.

God proved faithful and against all of the odds, Pamela safely delivered their healthy baby boy — Tim. And it left her doctor in awe. A man who had spent over 35 years delivering babies had no medical explanation for what he witnessed on the day of Tim’s birth.

“Of all my years, this is the greatest miracle that I have ever seen,” the doctor said to Tim Tebow’s mom. “Because I have no idea how he survived. The placenta is not attached and there are so many different issues and I don’t know how he had the nourishment and the food to be able to survive. This is a miracle baby.”

You can see the emotion welling up in Tim Tebow as he tells this powerful story. He’s fully aware his mom could have given up at any given time and had the abortion her doctors recommended. But she chose to trust God instead.

“Because of her pro-life story, I now get to share my story. But it’s only because my mom gave me a chance,” Tim says. He later goes on to say, “Because I do believe every single life matters to God.”

Tim Tebow On What It Means To Be Pro-Life

After sharing his mom’s powerful story, Tim Tebow preaches about how Jesus came to save us. That was His motivation — to save you and me.

Tim encourages us to show compassion — to be willing to suffer for and to suffer with others.

“Not just for the unborn but for all of life,” he says. “You see, when you’re pro-life I believe that we’re called to be pro-life in every area. For the unborn, for the hurting, for the orphaned, for the thrown away, for the special needs, for the trafficked — for all of humanity.”

YOU MAY ALSO LIKE: Tim Tebow Shares A Message About How We Should Not Live By Our Emotions

Check out Tim Tebow’s full testimony and sermon below. And may his words inspire you today!

WATCH: Story Of How Tim Tebow’s Mom Refused To Abort