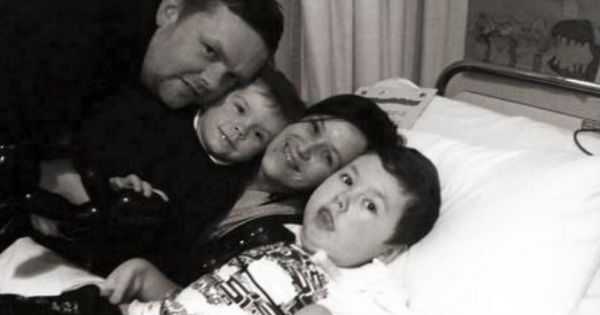 A touching movie trailer released for 2 Hearts, the film about the real-life, divine connection between Christopher Gregory and Jorge Bacardi (of the Bacardi Rum dynasty). And this inspirational, true story is a beautiful example of God’s amazing design for our lives!

2 Hearts is an upcoming romantic film that follows two couples who meet and fall in love.

Christopher Gregory and Sam meet after a fumbling encounter during a college class. But as young love blossoms, we learn that it's not exactly your normal fairy tale romance.

At the same time, we meet Jorge Bacardi, of the Bacardi Rum family, and Leslie, a captivating flight attendant. But health issues hit both men and it takes a toll on their mental and physical states.

As both love stories run simultaneously, we find the amazing connection between these two relationships.

RELATED: A Bar Owner Helped Two Strangers And Then Took One Of Them In As His Own Son

"I believe the connections are everywhere. The kindness of a stranger. First heartbeat of a baby. The love of your family. I believe each one of us has a purpose even if we can't see it."

2 Hearts the film is based on the true story of Christopher Gregory, but we won't share any movie spoilers here. 2 Hearts stars Jacob Elordi (The Kissing Booth) and Tiera Skovbye as Christopher and Sam.

Adan Canto (Designated Survivor, X-Men: Days of Future Past) and Radha Mitchell (Pitch Black, Man On Fire) round out the star-studded cast as Jorge and Leslie. This incredible movie shows us the power of connection and purpose.

As Christians, we know that God put us on this Earth for a reason and this film is the perfect reminder. 2 Hearts is set to hit theaters on September 11th.

YOU MAY ALSO LIKE: Neonatal Intensive Care Unit Nurse Recognizes New Doctor At Work From Nearly 30 Years Ago

Will you be watching this one?