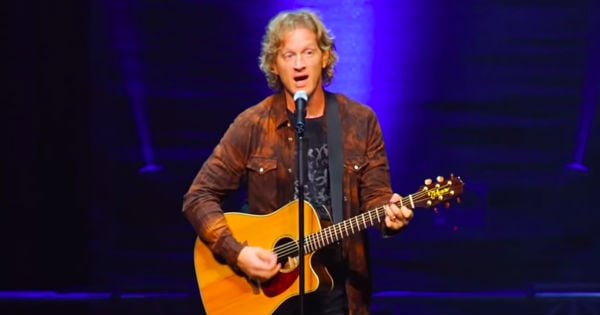 Legendary actor Marlon Brando once called Carol Burnett out of the blue. And Carol shares the hilarious reason the unexpected phone call had her in “heaven and hell” at the same time!

From his theater work in A Street Car Named Desire to movies like On The Waterfront, Last Tango In Paris, and The Godfather, actor Marlon Brando became a Hollywood icon.

RELATED: Prank Carol Burnett Pulled on the Crew Stayed Secret for Decades Until She Recently Fessed Up

Apparently, Marlon had a habit of calling up celebrities whom he’d never met. And when he placed one such unexpected call to famed comedienne Carol Burnett, it ended up as a hilarious anecdote she later shared in her memoir, This Time Together.

Believe it or not, even celebrities get starstruck. And even though Carol Burnett was a star in her own right with The Carol Burnett Show, she couldn’t believe Marlon Brando wanted to talk to her.

The call came in when she was staying at the Wyndham Hotel in New York during the 80s. She returned to the hotel to find a message waiting for her at reception saying the legendary actor wanted to speak with her.

Carol Burnett didn’t know Marlon Brando personally, so she was sure it must be a joke. Still, she rushed back to her room and the number he’d left for her.

To Carol’s surprise and delight, the iconic actor answered on the first ring. Carol Burnett stood in awe that she was talking to the legendary actor, Marlon Brando!

But timing is everything. And while talking to famed actor Marlon Brando was a dream come true, Carol Burnett quickly realized there was something she should have taken care of before returning his call.

"Suddenly I got the urge to go to the bathroom,” she recalls.

And what happened next sounds like the real-life version of one of the funny skits on her show!

Marlon described how he’d read an article in People Magazine where Carol mentioned having surgery on her chin. He explained that his sister-in-law wanted to have a procedure done and he asked the name of her doctor.

“I gave him the necessary information," she said. "But I also had to pee."

To Carol’s surprise, the Hollywood legend kept chatting with her. And it was both a blessing and a curse!

Actor Marlon Brando started asking Carol Burnett questions about her TV show and her comedy. And while she was thrilled to be having this chat, her body was ready for it the phone call to be over!

"I couldn't believe it. Marlon Brando was asking me about comedy technique," Carol recalled. "I stood up and started pacing around the foot of the bed. By this time I was perspiring. My poor bladder was begging, pleading for relief.”

There was no way Carol was going to pause this once in a lifetime opportunity to relieve herself. So, the two went on to chat for over an hour about their childhoods and the memoir Carol was writing.

"Here he was opening up to me, asking me all these questions, and I had to pee," she said. "The time passed slowly. I was in heaven and hell at the same time.”

Eventually, Carol Burnett could ignore the call of nature no longer. She gracefully wrapped up the phone call and managed to make it to the bathroom just in time!

Obviously, the phone call with legendary actor Marlon Brando would have been a treasured memory all by itself. But the agonizing battle with her bladder throughout added the hilarity that makes Carol Burnett’s comedy so authentic and relatable!

YOU MAY ALSO LIKE: Dolly Parton And Carol Burnett Team Up For ‘No One Picks Like A Nashville Picker Picks'

“He will still fill your mouth with laughter, your lips with shouting.” Job 8:21

WATCH: The Typists Skit From The Carol Burnett Show