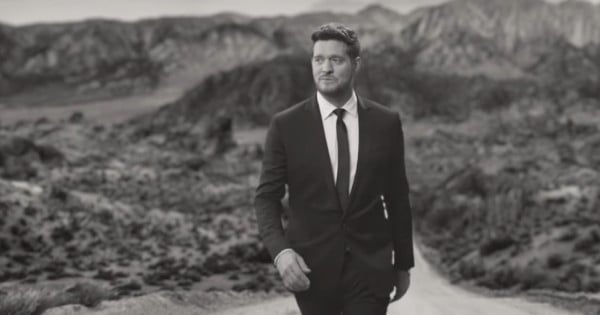 Here is Celtic Thunder with ‘The Sound Of Silence’. This talented group brings an Irish twist to the classic song that’s too good to miss!

Simon & Garfunkel originally released this song in 1964. Since that time, many artists have lent their voices to the tune. One of the most well-known covers comes from the rock band, Disturbed, in 2015.

The popular group Pentatonix recently released itsqaw own a cappella version of ‘The Sound Of Silence’ and it skyrocketed in popularity. Today, we're hearing an entirely new rendition and it's absolutely amazing.

Celtic Thunder Spin On ‘The Sound Of Silence’

Celtic Thunder is a gifted group of Irish performers known for their opera voices and elaborate productions. Every song they sing truly showcases their incredible talent and the harmonies are even more amazing.

The group started out in 2007 and since their debut, they have been climbing charts and making a worldwide name for themselves. Over the course of a decade, these 5 men have recorded original songs and popular covers.

Today, Celtic Thunder is taking on ‘The Sound Of Silence.' And it's like nothing you've ever heard before!

YOU MAY ALSO LIKE: Talented Singer Kodi Lee From America's Got Talent Sings ‘Sound Of Silence'

The men of Celtic Thunder truly put their heart and soul into each and every performance and there's a reason that this particular number has been viewed over six million times. I am looking forward to what these gentlemen do next. How about you? Did you enjoy this cover of ‘The Sound Of Silence?'