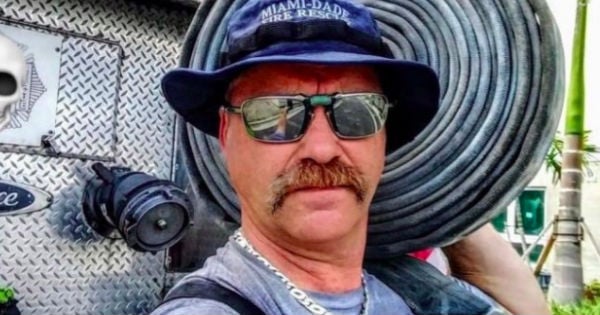 A mom of all boys has her first baby girl and then died after giving birth, 11 days later.

Texas couple Spencer and Sonya Harlow shared 10 children together, some of which came from previous marriages. They were all boys!

Then, after a difficult pregnancy, Sony gave birth to their baby girl, Eliyanah. "She is God's answer to our prayers. Eliyanah means ‘God has answered,'" Spencer shared.

But sadly, their rejoicing would be short-lived.

One Monday morning around 2 a.m. Spencer awoke to his wife in pain. She was in bed with him holding onto her newborn daughter.

"I rolled over and could see she was dying…We did CPR on her until the paramedics arrived, but she had flatlined by then. It was too late."

Just eleven days after baby girl Eliyanah was born, Sonya was gone. Her death was obviously quite unexpected and devastating for the family.

As of right now, the family is unsure, but due to the difficulty of her pregnancy, Spencer believes the cause of Sonya's death is related to medical postpartum issues.

Sonya's pregnancy had been complicated by high blood pressure and other health related issues. Her problems were significant enough that she had been prevented from returning to work.

Sonya planned on using the apparent roadblock as an opportunity to raise Eliyanah as a stay at home mom, but tragedy struck.

"She had all boys before this and she prayed for a girl." Spencer continued, "Sonya was such a good mother and wife, she was the most beautiful woman I've ever known. She was so vibrant and full of life, she was loving, kind and caring."

In addition to the sudden tragedy, the family also faced an issue with paying for funeral expenses. In stepped Sonya's best friend of 17 years, Nancy Leger.

Nancy said, "I don't know how I'm going to live my life without her. She's been such a huge part of my life."

To help the family with expenses, Nancy helped the family start a Go Fund Me. They raised well over the target $10,000 amount needed for funeral expenses.

YOU MAY ALSO LIKE: 51-Year-Old Grandmother Carries Grandchild When Her Daughter Couldn't

Despite the sad outcome with Sonya's death, her loved ones were still able to rally together in celebration of a life lived and new life in the form of Eliyanah.

‘He will wipe every tear from their eyes. There will be no more death' or mourning or crying or pain, for the old order of things has passed away." Revelation 21:4