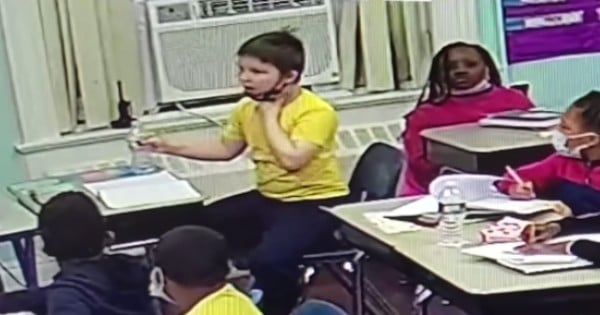 A brave grandpa saves a child who fell into a water pit in China and could not get out. And the heroic rescue was caught on camera.

A 73-year-old man in China was working outside when he heard screams for help nearby. The screams were from the brother of a 1-year-old girl who had just fallen into a pit of water. The water was over 6 feet deep and the little girl was not able to get out of it.

As soon as he heard the cries for help, the elderly man got up and rushed over to save the child. Despite having weak legs, the man ran over as fast as he could and jumped in the cold water. He actually couldn't get up by himself after reaching the little girl because the water was too cold. So nearby residents came to help him out.

Now the elderly man is being hailed a hero by his community and by those online who saw the video of his rescue.

“I was the only person there. If I hadn’t gone to rescue her who would?” the man said.

Thankfully, both the 1-year-old girl and 73-year-old man are in stable condition and are fine following a check-up at the hospital. Glad to see that they are both safe after such a scary event!

YOU MAY ALSO LIKE: Teacher Jumps Into Action For Student Choking On A Bottle Cap And Cameras Caught It All

This heroic grandpa did not hesitate to step into action when help was needed. God bless him! And may we all follow his lead and step up to help whenever we see someone in need.

WATCH: Elderly Man Jumps Into Water To Save Toddler

LISTEN: 67-Year-Old is Trained in Martial Arts | Chris Tucker Turns Down Millions to Stay True to His Faith