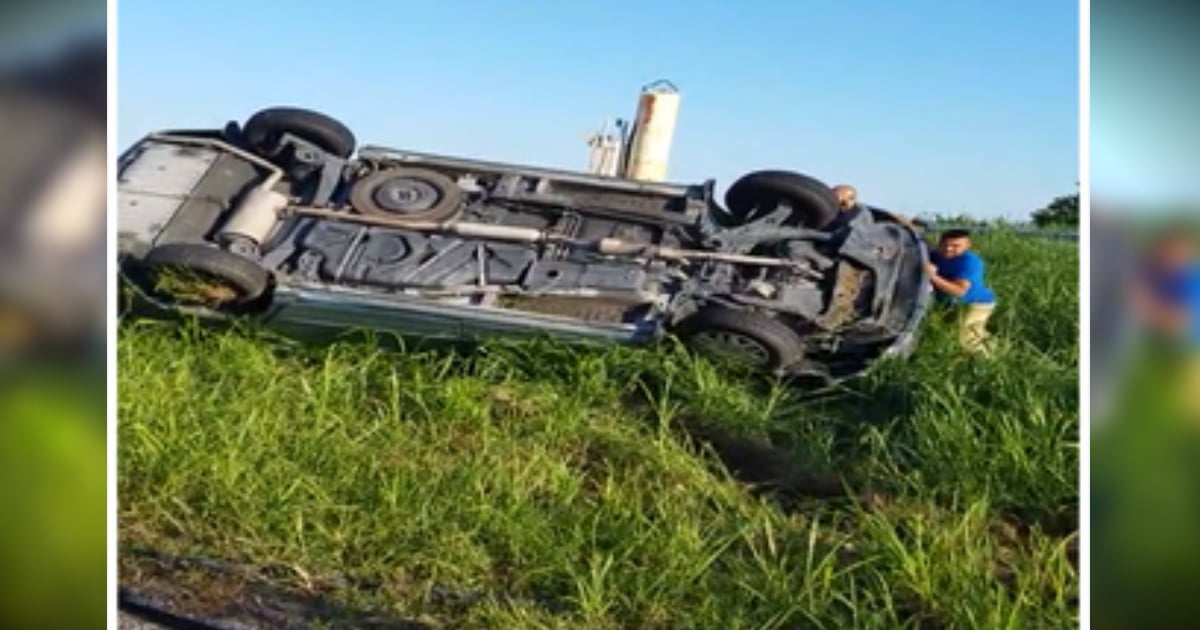 Shelby Parker and her son, Ryan, were enjoying some time at their community pool in Scottsdale, Arizona. Somehow, the 4-year-old managed to slip out of his water wings and wound up at the bottom of the pool. But thankfully, off-duty nurse Amanda Smith was also at the pool that day. And thanks to her, this terrifying story has a happy ending! 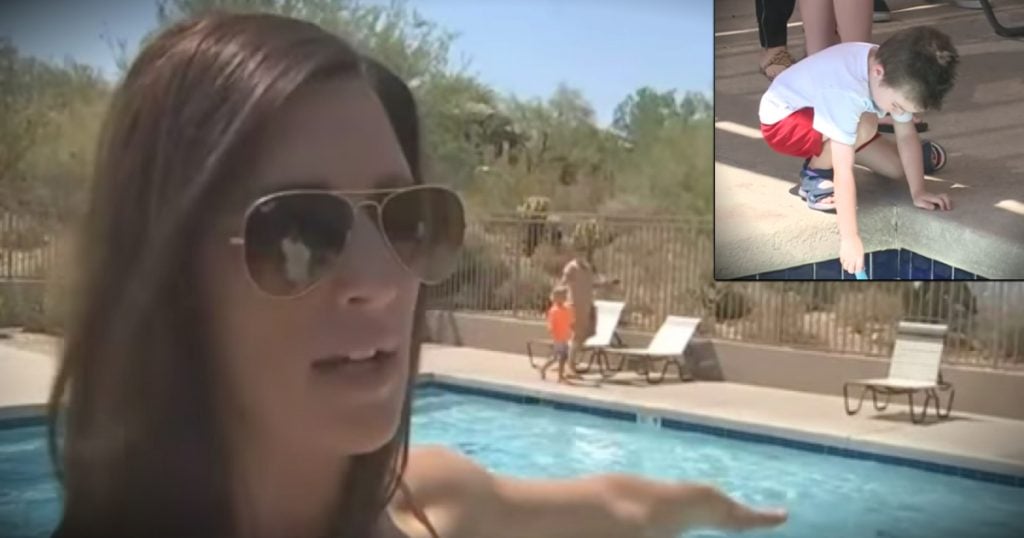 Shelby was chatting with some of the other moms while watching Ryan splash around in the kiddie pool. But in just a matter of seconds, Shelby could no longer see her son.

Panic set in, and she started looking around. Shelby ran to the big pool and found her worst nightmare — Ryan at the bottom of the pool. She dove in and pulled his limp body out, screaming for help.

That’s when Amanda Smith stepped in.

An Angel To The Rescue

Shelby says it was “as if an angel appeared.” Amanda, a nurse in the neonatal intensive care unit, immediately started working to save Ryan’s life.

The off-duty nurse performed CPR, and even had Shelby perform some breaths so that, as a mother, she would know she helped. By the time rescue crews arrived, Ryan was starting to throw up some water. He then regained consciousness in the ambulance on the way to the hospital.

“It’s because of Amanda’s instinctive actions that doctors say my son did not suffer any brain injuries, because he never lost blood to his brain,” Shelby said.

The entire community agrees that Amanda is a hero. And so, the Scottsdale Fire Department and American Medical Response Lifeline honored her for the quick-thinking that went into saving the 4-year-old’s life.

“This is so nice but so unnecessary,” the humble off-duty nurse said of all the attention. “Anyone in the profession would have done the exact same thing I did.”

And while Amanda may shy away from all the praise, Shelby has no doubt God worked through her to save Ryan’s life. 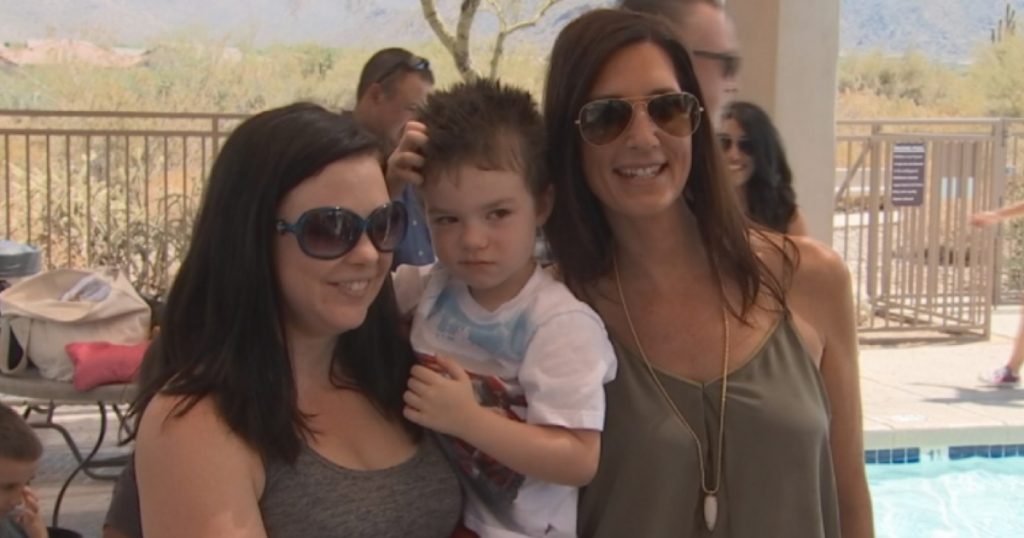 “Amanda was truly doing God’s work that day. He’s meant to survive and she is the angel that saved him and I thank her so much,” she said. “It felt like the whole city came out to save my son and I’m so thankful to them.”

Shelby felt terrible about her son’s close call, and is thankful that neither Amanda nor any of the first responders judged her in any way.

“I thought I deserved to be interrogated and put in the back of a police car,” she said, “but that’s not how Scottsdale police or fire departments cared for me.”

Shelby is glad her story is being shared to help remind other parents how quickly a drowning can take place.

Since the terrifying ordeal, Shelby has enrolled Ryan into swim lessons and took a CPR class herself.

“Knowing how to administer mouth-to-mouth CPR when all else fails can be the difference between life and death in a drowning incident.” said Lori Schmidt, Scottsdale Fire Department spokeswoman.

Praise God for putting Amanda at that pool with Shelby and Ryan!

YOU MAY ALSO LIKE: Heroic Stranger Rescues Toddler Trapped Face Down In Raging Waters 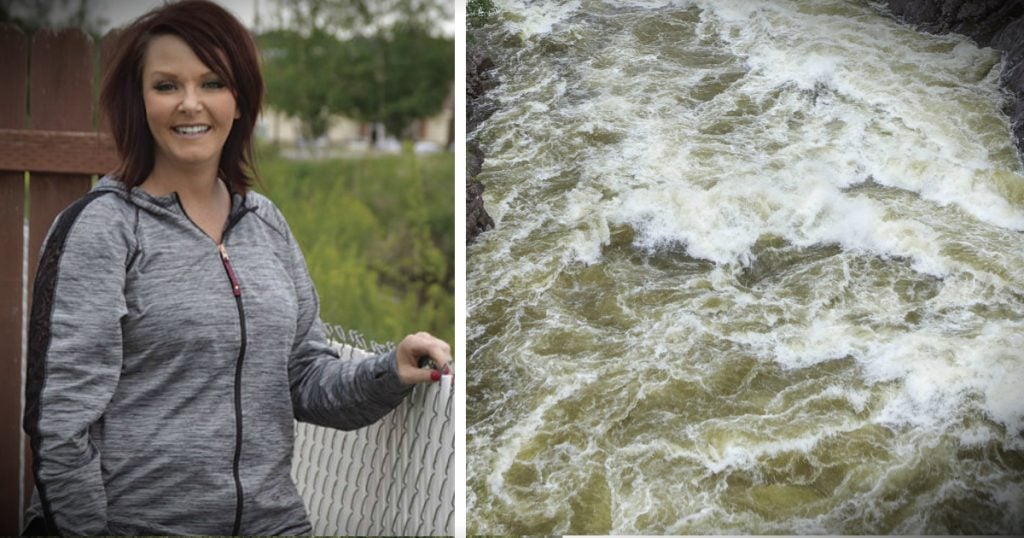