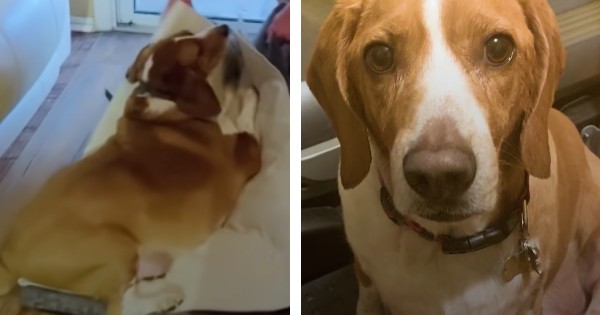 Who knew that an everyday household product like cooking oil could save a baby raccoon stuck in drain? His rescuers were baffled by the raccoon who got stuck in a drain and they must come up with a creative way to save him!

On a warm summer day, Lt. Lorkowski says his department got a call to help Macomb County Animal Control. His crew arrived on the scene to find a bright-eyed and feisty baby raccoon with his head precariously stuck through the opening of a drain.

It was definitely one head-scratching situation as the team got to work trying to figure out how to rescue the little guy. But don't let his cute little face fool you. Lt. Lorkowski says the little fella put up quite the fight every time the firefighters got near him.

At first, they thought they could cut the drain away from his neck. But they were worried, the sparks from the saw would scare the raccoon stuck in a drain. They were also concerned that the heat from cutting the metal would burn the little critter's skin.

"We didn't want to put a saw too close because it could heat up the cast iron and injure the animal and we didn't want to nick it with a saw. We were trying all different kinds of options to not try and hurt it, but it was stuck in there really good," said Lt. Lorkowski.

Help For Raccoon Stuck In A Drain

The firefighting crew decided their only option was to try dish soap. But that didn't quite do the trick. But they weren't ready to give up yet!

A neighbor watching the scene brought out cooking oil. And from there, firefighters worked hard to free the raccoon stuck in the drain.

"We first put dish soap around its neck, but that didn't work. We had gloves on because it was biting and scratching. Then, a homeowner brought out cooking oil. We were able to guide it out then, but it was hard getting it out. I don't even know how it got stuck in there to begin with," commented Lt. Lorkowski.

That is one slick baby raccoon. I'm sure he won't be sticking his head anywhere it doesn't belong anytime soon. At least we hope so! Thank the good Lord for this firefighting crew and their efforts to save an overly curious raccoon!

"The Spirit of the Lord God is on me, because the Lord has anointed me to bring good news to the poor. He has sent me to heal the brokenhearted, to proclaim liberty to the captives and freedom to the prisoners," Isaiah 61:1