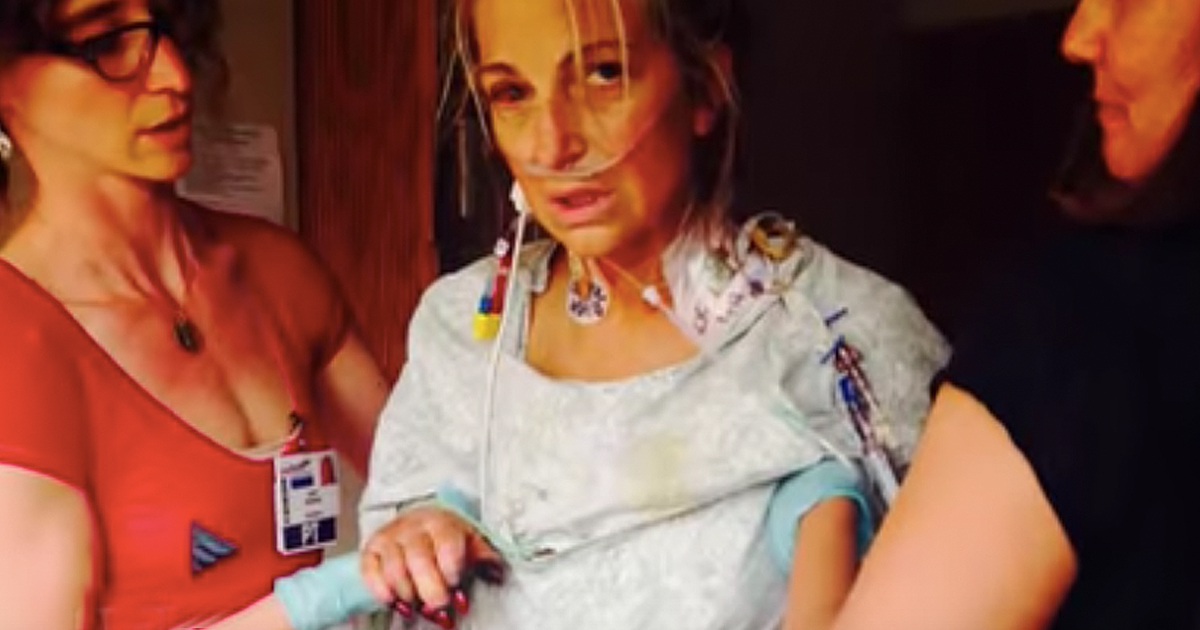 At age 55, Tinina Cade became a surrogate mom of triplets when her daughter couldn’t conceive. Now, God is using the family’s special experience to help other couples battling infertility. And this inspiring short story proves a mother’s love knows no bounds!

Camille and Jason Hammond were first-year medical students when they met and fell in love. Three years later, they married and set to work on fulfilling their dream of starting a family.

This is where their fairytale romance hit a snag. Camille suffers from a condition affecting the uterus called endometriosis. She knew this could make conceiving a child hard, but had faith she’d manage to get pregnant.

When trying to conceive the old fashioned way didn’t work, Camille and Jason Hammond turned to in vitro fertilization (IVF). But after several years and six failed attempts, doctors broke the news that Camille would never give birth.

“We were devastated," Camille said.

The only options left for the couple were adoption or surrogacy.

What Is The Meaning Of A Surrogate?

A healthy surrogate carries and delivers another couple’s child. In the case of Camille and Jason Hammon, Camille could produce healthy eggs. Her uterus simply couldn’t sustain the development of a healthy fetus.

So, using the IVF process, doctors would implant Camille’s eggs, fertilized by Jason, into the healthy womb of a surrogate mother. This woman would then let her body do the work of nourishing the baby throughout the pregnancy until it was time to deliver.

A surrogate birth didn’t initially appeal to Camille and Jason. They didn’t like the idea of a stranger carrying their baby. But it turns out God had already put the perfect person in place!

Camille’s mother, Tinina Cade, hated seeing her daughter’s heartache over not being able to have children. And the more Tinina saw her daughter suffer, the more convinced she became that she was the best candidate as Camille’s surrogate mother.

It took a little while for Camille and Jason to warm up to the idea. But then it sunk in — who better to care for their baby than the child’s grandma?

So, the family decided to give it a try.

RELATED: Surrogate Finds Couple Through Blog and Gives Them a Baby

At 55 years old, Tinina was post-menopausal. However, doctors discovered she’d have no problem carrying a fertilized egg. And by the second IVF attempt, she was pregnant.

"That was one of the best days, highly emotional," Tinina said.

But God had an even bigger surprise in store.

Not only was Tinina pregnant, she was actually carrying triplets! 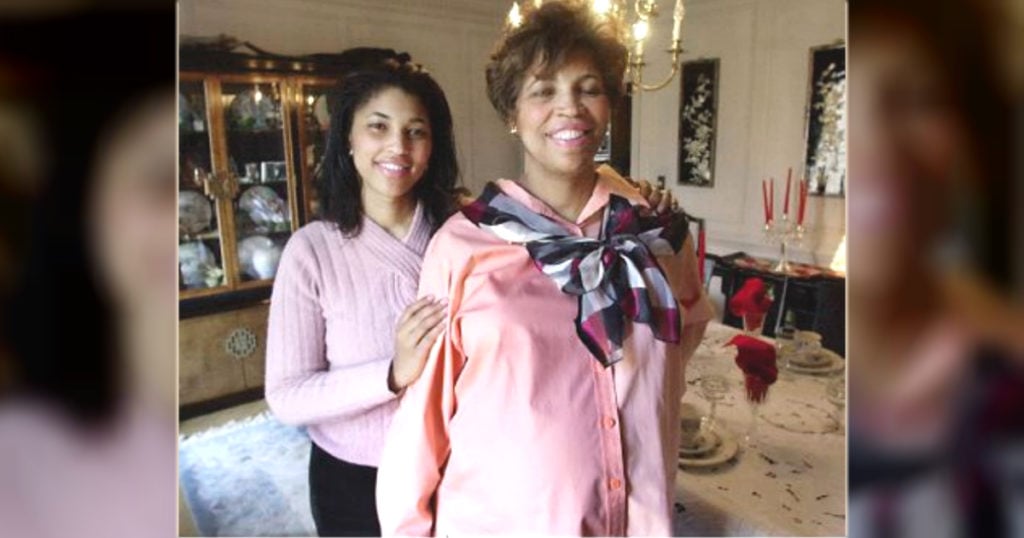 How Are Triplets Formed?

Multiples in pregnancies can occur when: 1) a fertilized egg splits (monozygotic) or 2) multiple eggs are fertilized separately (dizygotic).

Multiples like triplets or higher form from various combinations of 1 and 2.

Grandma As Surrogate Mom Of Triplets

For Camille Hammond, doctors used IVF to implant 3 of her eggs, separately fertilized using Jason’s sperm, into her mom’s womb.

They implanted multiple eggs in the hopes one would develop into a viable pregnancy. But all three survived, meaning Tinina would give birth to triplets!

Carrying triplets came as a shock. And at 55 years old, it wouldn’t be easy. But Tinina was willing to do whatever it took to bring her three grandchildren into the world.

As a surrogate mom of triplets, Tinina experienced lots of discomforts and severe swelling. By the end of the pregnancy, she was even in a wheelchair. But thanks to her sacrifice, her three grandbabies had the chance to develop and grow strong.

After seven months of pregnancy, doctors decided the grandma’s body couldn’t take much more. So, this special surrogate mom of triplets gave birth via c-section in December 2004 to two boys and one girl — Aaron, Kai and Simone.

God’s Gift Inspires Family To Give Back

The birth of triplets was a huge blessing to the whole family and a beautiful example of a mother’s devotion to making her child’s dream come true. And after receiving such an incredible blessing, the family wanted to help pass it on to others.

“Even despite all that we had, we still struggled with infertility,” Camille explained. “It almost broke us as a family. It's great that we overcame, but there are so many that don't have all these advantages that we have.”

With both Camille and Jason already working in the medical field, God had already equipped them the talents needed. So, they started the Tinina Q. Cade Foundation, naming it after the special surrogate mother who selflessly helped make their dreams come true. 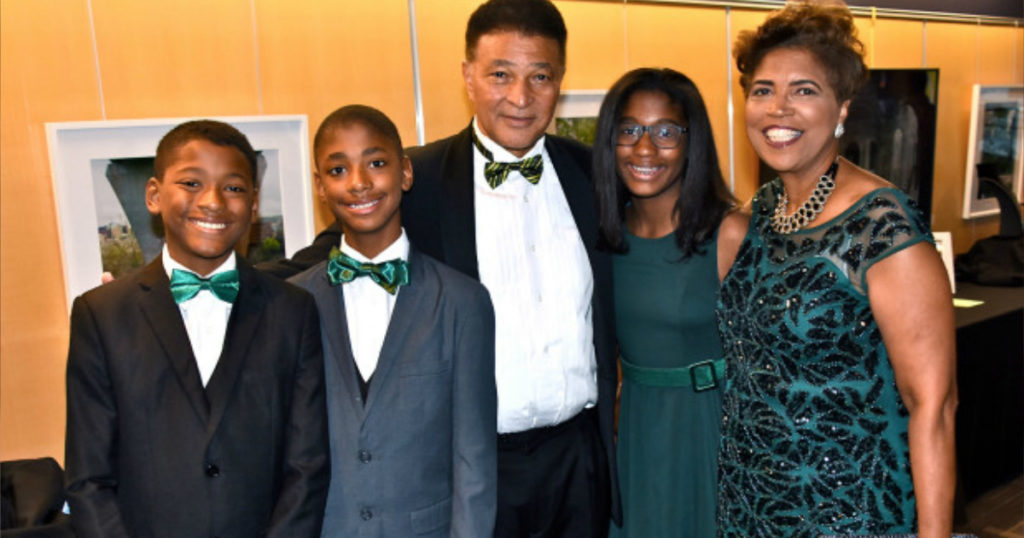 The foundation helps families dealing with infertility by providing financial assistance and offering programs. For example, for one couple needed IVF treatments, the Tinina Q. Cade Foundation awarded them a grant, as well as helped them find insurance that would significantly lower the IVF costs.

Camille and Jason continue to share theirs and the triplets story. Not only is it helping remove the stigma around infertility, but it’s also encouraging other couples who are struggling to conceive.

"It was exciting. . . to show families struggling with infertility that they too can become parents if they don't lose faith and keep moving forward in the process," Camille Hammond says.

The triplets, who Camille describes as “happy, healthy, wonderful children”, are fully aware that their grandma carried them as a surrogate mother. It’s a detail they simply embrace as just another element of their family’s special bond.

"It was such a normal part of their story, they just assumed everyone's like this," Camille explains.

YOU MAY ALSO LIKE: Couple Blindsided By Unbelievable News After Surrogate Gives Them A Son

And while the whole family is forever grateful for what Tinina Cade did, the sweet grandma humbly shrugs it off.

"What would you do for someone you love? You'd do anything. That's part of being a loving parent," she says.

WATCH: Grandma Carries 3 Of Her Grandchildren As Surrogate Mom For Daughter

What an incredible story of a mother’s love!