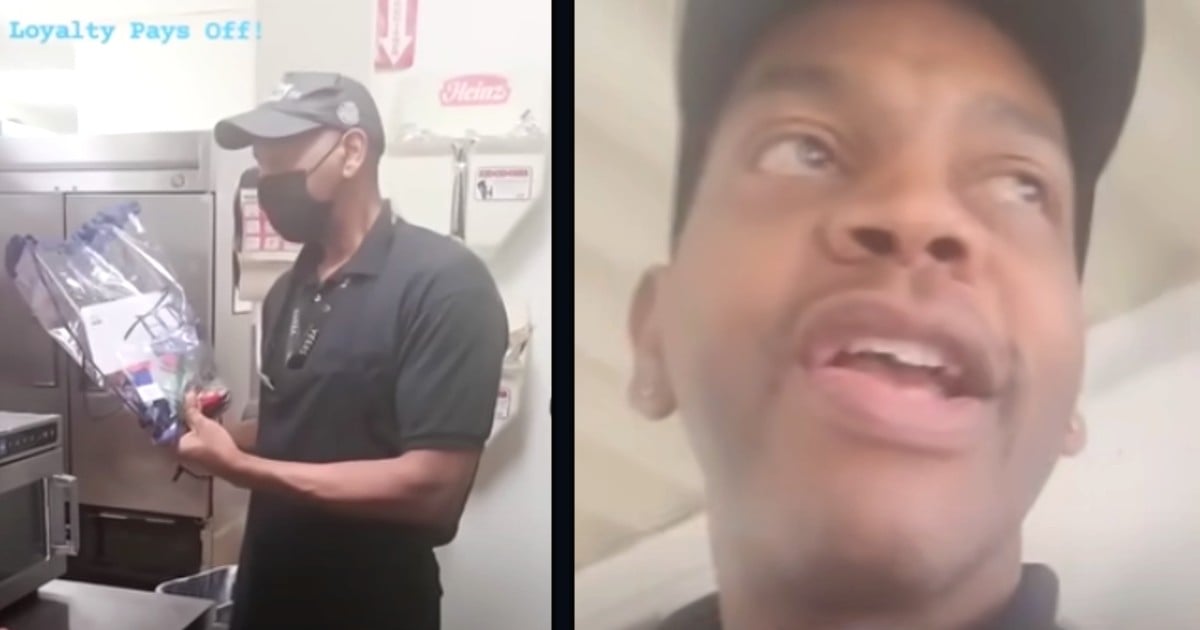 Strangers Appalled by Gift Given to Worker for 27 Years of Service, So They Step in with Over $250k
Read Article »

Sometimes a text to a wrong number can be met with irritation on the part of the receiver. But expectant parents David Amastae and Candace Countryman's experience couldn't be further from that!

California couple David and Candace were preparing for the birth of their child and sending out baby shower evites via text message. However, one of their cellular invitations connected with a stranger more than 2,000 miles away in Indiana!

RELATED: He Picked Up When Grieving Mom Called the Wrong Number and 20 Years Later, They Meet

Angela White received the couple’s text to the wrong number. And even though she knew the evite wasn’t meant for her, Angela just couldn't shake the feeling that she was supposed to respond in some way.

“Every time I thought it about it, I was like, “I didn’t get that text just randomly. I don’t know why but there was a reason why I got that invite to that shower’,” she said.

Angela is the owner of Brayve Blanket Company. She's a military wife and mom to four. Angela named her company after her only daughter, Brayleigh, and in tribute to the brave men and women who serve in the armed forces.

With the nagging feeling that she didn't really get the text message by mistake, Angela decided to create and send a blanket to "The Golden State" for the new parents. She added a note to explain how she felt compelled to send them one of her company's blankets despite knowing they'd sent the shower invite text to the wrong number.

It's a lovely surprise when the customer in front of us at the drive-through coffee shop purchases our iced brew and danish, but imagine receiving a beautiful handmade gift from a stranger halfway across the country! And Angela’s kindness blew David and Candace away!

The two contacted the local news station to share Angela's gesture, and FOX59 arranged a Zoom interview so that Angela could "meet" David and Candace, and their new baby daughter, Luna!

“She was just like oh my gosh, Luna is so blessed. My mom never talks like that. She is just so blessed and loved that a stranger sent her a gift," she explained.

Angela, having been the recipient of similar kindnesses over the years, simply wanted to do something for another family when the opportunity presented itself.

Baby Luna's blanket looks super comfy and cozy all spread out. And Angela looks like she knows how to spread some love!

YOU MAY ALSO LIKE: Grandma Texts Wrong Person For Thanksgiving In 2016 And Years Later, He Still Shows Up

"Give, and it will be given to you. A good measure, pressed down, shaken together and running over, will be poured into your lap. For with the measure you use, it will be measured to you." Luke 6:38