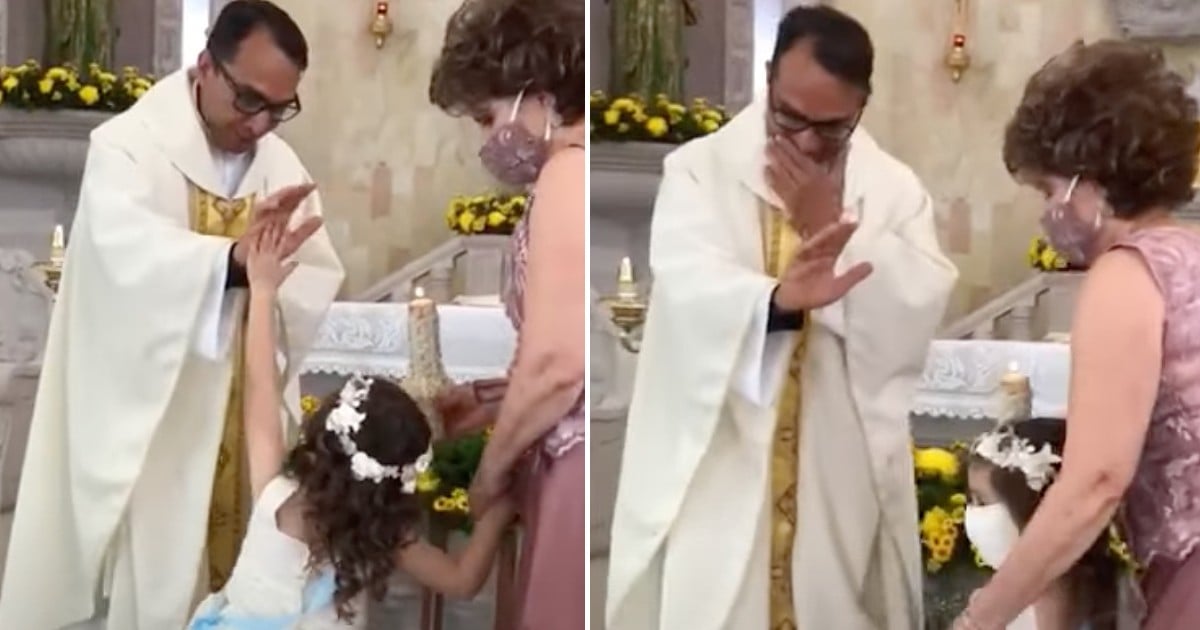 Her mom said they were watching football today, and this toddler’s reaction to the unwelcome news is completely adorable.

Football is a popular sport. Whether it be high school, college or the professional rankings with the NFL, a lot of people enjoy watching two teams battle it out on the gridiron. But not everyone is a fan of the game, including one adorable, little girl.

RELATED: Boy Shoveling Snow In Toronto Goes Viral When His Exhausted Reaction Has Everyone Rolling

The popular YouTube video shows a child who registers her obvious dread and disgust after being informed that football will be on her household's television.

The little girl, who appears to have recently finished eating, as food adorns her face, sits at a table as her mother breaks the unfortunate news.

"Guess what today is," mom says.

Seeming to already understand the situation, the child answers with a less-than-enthusiastic "yeah."

Mom goes on to say, "It's Saturday. Do you know what that means?"

Looking straight into the camera, the child, with concern (and food) all over her face, answers, once again, with a very disappointed "yeah."

Mom then informs her cute daughter that "we gotta watch football."

The little girl hilariously turns her head and looks at a TV to, as the video points out, "confirm the dreaded news."

As a promo for an upcoming Indianapolis Colts game on NFL Network plays in the background, the child proceeds to let out an audible groan. She’s clearly not happy about watching football today.

While things do not appear to be in her favor, the child refuses to accept her position and clings to the possibility that her mother's declaration is wrong.

"It's not today," the child states.

Her mother responds, "it's not?"

"No. I wanna watch mine." the girl answers.

The little girl tells her mother that instead, she would rather view an alternative program, to which the mother heartily agrees.

I can empathize with the child's position. Watching the Indianapolis Colts this season has been extremely painful and difficult for all of us.

YOU MAY ALSO LIKE: NBC News Reporter Spots A Herd Of Bison Headed His Way And His Reaction Is Priceless

Luke 18:16 "But Jesus sent for them, saying, ‘Let the children come to me, and do not keep them away, for such is the kingdom of heaven."'