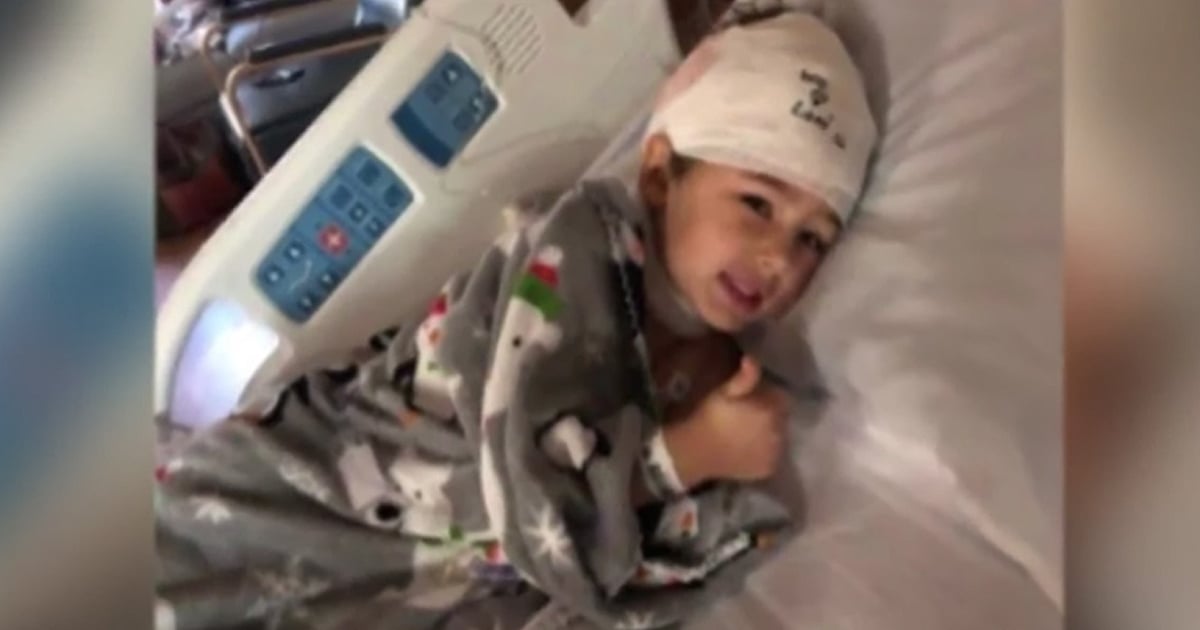 In a bizarre and tragic turn of events, something as simple as dog kisses led to the partial amputation of all 4 limbs for an Ohio woman named Marie Trainer. But it’s inspiring to see how this mom and her family are working to overcome the unthinkable. (If you’d prefer to listen to the audio version of this story, scroll to the end of this article to find the podcast version below!)

When a dog licks a person, many call this dog kisses. Some find it disgusting or annoying, while others consider it an endearing sign of affection from their fur baby. But either way, it’s hard to imagine anyone would wake up in the hospital with part of all 4 limbs missing because of dog kisses.

And yet, that’s what happened to Marie Trainer.

Marie Trainer and her husband, Matthew, had taken a vacation to the Caribbean. While there, Marie got a small cut on her wrist.

When she got home, her pet German Shepherd, Taylor, licked the cut. And those dog kisses changed Marie’s life in a major way.

Four days after Taylor’s dog kisses, Marie rushed to the hospital. She’d thought she had the flu. But as her symptoms got worse, the hospital visit revealed Marie had gone into septic shock. Her arms were turning black and doctors had no choice but to put her into a medically induced coma.

"When I opened my eyes I didn't know where I was," she said.

When Marie woke from her coma, she learned doctors had made amputations on all 4 of her limbs. It was the only way to save her life.

“I cried. I cried the hardest I've ever cried in my life," Marie said.

Marie suffered an infection caused by a bacteria called Capnocytophaga. This bacteria is commonly found in a dog’s saliva. Doctors believe the dog kisses Marie received from her German Shepherd on her cut transferred the bacteria and caused her severe infection.

RELATED: Man Born Without Limbs Encourages With ‘If I Can' Motto – Short Inspirational Story Of Chris Koch

“It is a one in over a million; I mean the chance is so rare. You’d never think that a dog lick would cause someone to lose their hands and legs," Dr. Ajay Seth, an orthopedic surgeon helping Marie, said.

The chances of a response to dog kisses like Marie’s are extremely rare. But it’s one of those moments that reminds you of how life as we know it can change in an instant.

Now, with the support of her loved ones, Marie must adjust to a very different lifestyle. 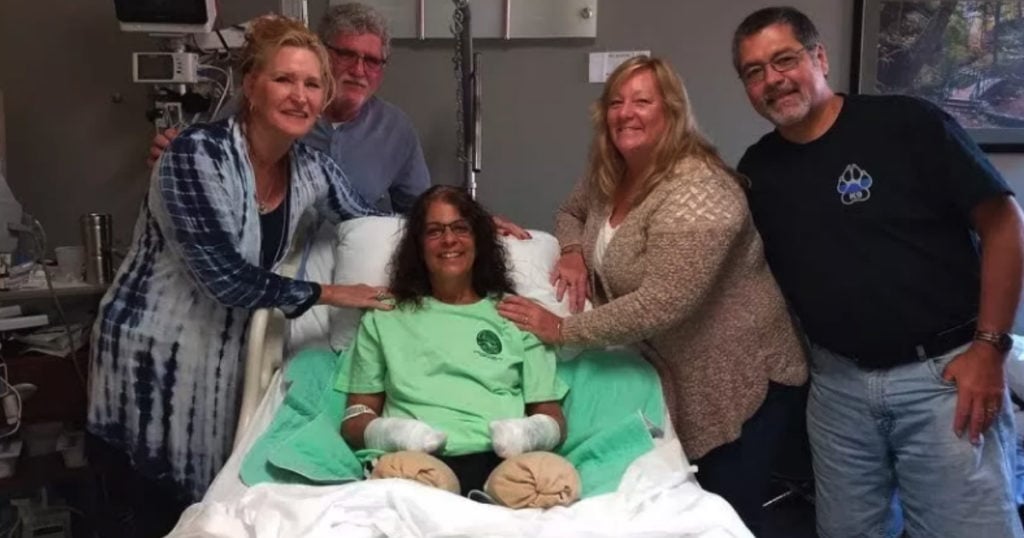 And while the task seems overwhelming, God is already putting blessings in her path to help.

For starters, she has a renowned surgeon, Dr. Ajay Seth, by her side. This faithful Christian received national attention for performing a revolutionary prosthetic surgery on a patient named Melissa Loomis. This made Melissa the first amputee in history to actually feel with a prosthetic hand! (Read more about Melissa Loomis’ true story of being ‘Rewired’)

Dr. Seth is working hard to create custom prosthetics for Marie Trainer so she can regain some independence. And Matthew, Marie’s devoted husband, is by her side, doing all he can to help and to lift her spirits.

“I love her to death, she’s everything to me," he said.

Marie’s son and daughter are also there to encourage their courageous mom.

A community of the couple’s friends and family have already started fundraising to help with medical costs. Many strangers who have heard Marie’s story are praying over her recovery, as well.

And of course, Marie still has the love and support of her fur baby, Taylor. Dog kisses may have led to her current battle, but this inspirational overcomer refuses to blame or stop loving her German Shepherd.

"I'm still amazed at what it is. We still love our animals," both Matthew and Marie expressed.

YOU MAY ALSO LIKE: The Unbelievable True Story of Kyle Maynard: No Hands, No Feet, No Excuses

It won’t be an easy road. But God can redeem any situation.