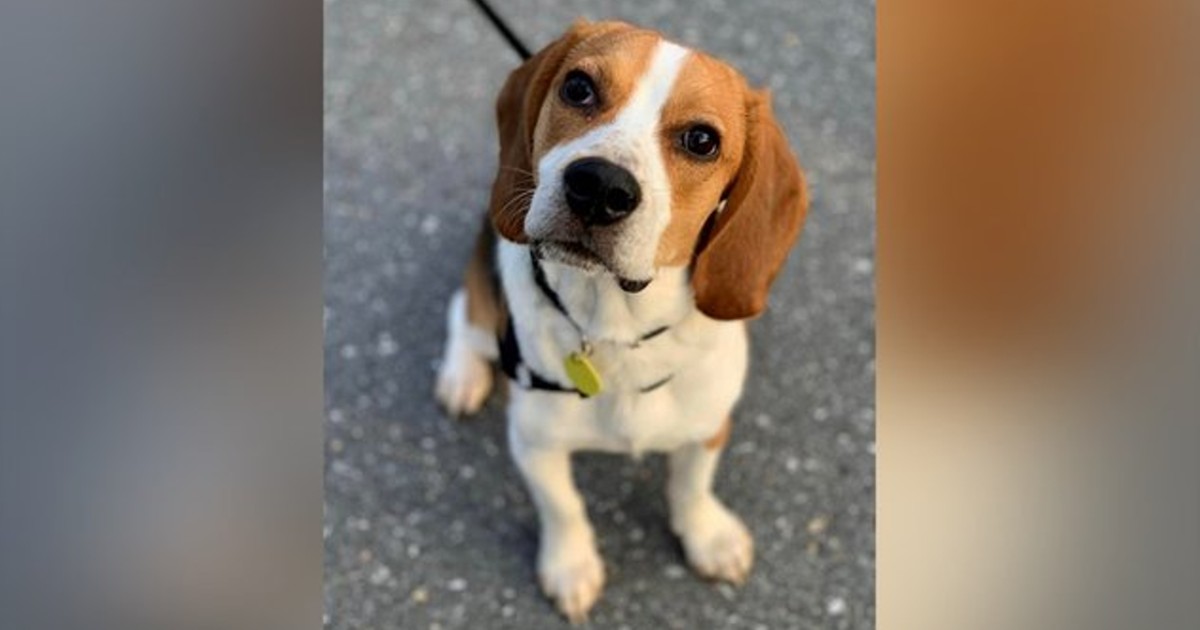 She Didn’t Know Why Her Rescued Beagle Took Off Until She Heard A Faint Voice Cry, ‘Help’
Read Article »

A dog rescued from a cliff ledge is now home safe with her family thanks to some special angels. And this might be the most pawesomley daring act to rescue this sweet animal!

Jessie Lee had been out on a hike with her human family when she had gone missing in Pike's Peak, a rocky mountainous region of Colorado. They searched for her diligently but she was nowhere to be found.

Yet, God answered her family's prayers when a hiker spotted this brave dog, perched on a cliff ledge 50 feet above a creek.

The hiker called animal rescue when Johnson and Barker (Seriously, how awesome is his name for this story?) responded to the call. After they surveyed where Jessie Lee was stuck, they launched a daring plan to rescue the dog from the cliff ledge.

The officers borrowed rock climbing equipment from a neighbor and scaled down the side of the cliff. Officer Barker secured a rope to a wooden fencepost and prayed it would hold as she inched her way to get to Jessie Lee.

RELATED: Surfers Found Dog That Had Been Missing for 3 Months in a Cave

As soon as the officer got as close as she could to the pup in distress, Officer Barker witnessed how the cliff was literally crumbling under Jessie Lee's paws. She then used a catch-pole to secure Jessie Lee as she greeted the officer with a wagging tale.

With the dog safely secured, they scaled back up the cliff. Jessie Lee was finally back on solid ground!

Soon after retrieving her from the cliff, Jessie Lee's microchip helped the officers find her owners. The dog’s pawsitively precarious situation left her humans shocked. It was definitely one woof of a tale!

YOU MAY ALSO LIKE: After 20 Days Missing, Dog Found Her Owner By Walking Into The Walmart Where She Works

Rescuers reunited Jessie Lee with her owners the next morning. We can thank God the cliff ledge didn't crumble until officers rescued the dog. And we can rest easy knowing she's safe and sound.