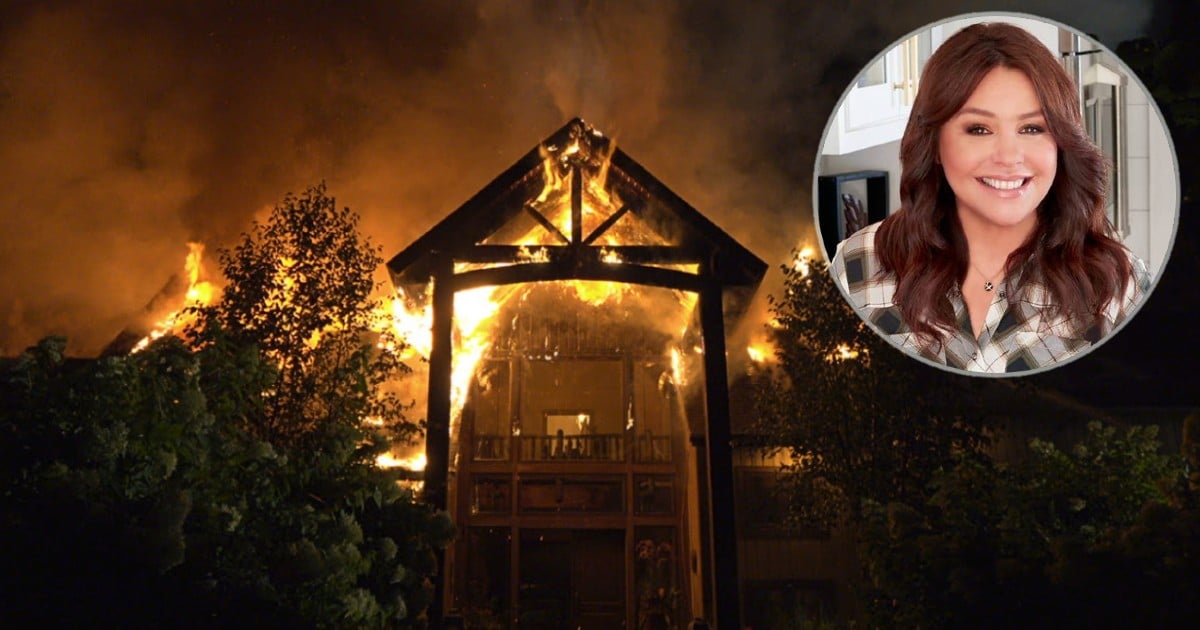 Flames Destroy the Rachael Ray House But Star Is ‘Grateful for What She Has, Not What She Lost’
Read Article »

The Gary Sinise RISE Foundation is just one way the famous actor from Forrest Gump gives back to the men and women who serve this country. And in this inspirational short story, Gary has a special thank you for an American hero, Sergeant Casey Jones.

There are heroes who fight for our freedom and independence every day. They never ask for anything in return. And Gary Sinise, better known as "Lieutenant Dan" from the movie Forrest Gump, has taken it into his own hands to give these wounded veterans the support they deserve.

Sergeant Casey Jones was one of the men to receive support from the Gary Sinise RISE Foundation. They adapted his home to honor the purple heart recipient. When Casey first looked at his new home, he was in utter shock and disbelief.

These adaptations were done just for him, and his wife, Shannon.

"I don't have to pop a wheelie to get over a curb or nothing like that," added Casey. "Everything is extra wide."

Sergeant Casey Jones lost both of his legs in an explosion in Afghanistan in May of 2013.

"I remember everything going black," he said. He then added, "and having the ringing in your ears. I remember sort of falling off to my side and the next thing I know, the dust sort of clears and I am looking down at myself. I see both legs are gone."

When he was in his recovery at Walter Reed, Casey Jones had learned about homes like this one.

"I don't have to adapt myself to the home, the home is already adapted for me," he said. "So everything is super easy, super convenient. It's just life-changing."

All of these changes are thanks to the Gary Sinise RISE Foundation. RISE Stands for "Restoring Independence Supporting Empowerment." The foundation received Casey's application, recognized his sacrifice, and started the hard work on his home from the ground up.

Messages Of Support For Wounded Warrior

Sergeant Casey also received some virtual messages from people who helped the home come together. And that included Gary Sinise!

"That house has a lot of love in there,” Gary Sinise told Casey through video chat. “There's a lot of Americans that contributed to the foundation to help, multiple in-kind sponsors who support our RISE program. They're all sending you a message of love and appreciation."

And the blessing meant so much to this wounded warrior.

“I know we’re not [in] the best of times right now in the United States of America. But what Gary Sinise and the Foundation [have] been able to accomplish for us, really affirms our belief in America,” Casey Jone said. “Words can't explain the gratitude I have for Gary, the Gary Sinise Foundation - it really is remarkable.”

From hearing his story, it is clear Casey Jones is well-deserving of this new addition to his home.

YOU MAY ALSO LIKE: Gary Sinise Video Has A Powerful Message For Those On The Frontlines Of The Pandemic

May it help him remember we are all grateful for his service to this country. He shows true patriotism to his country.