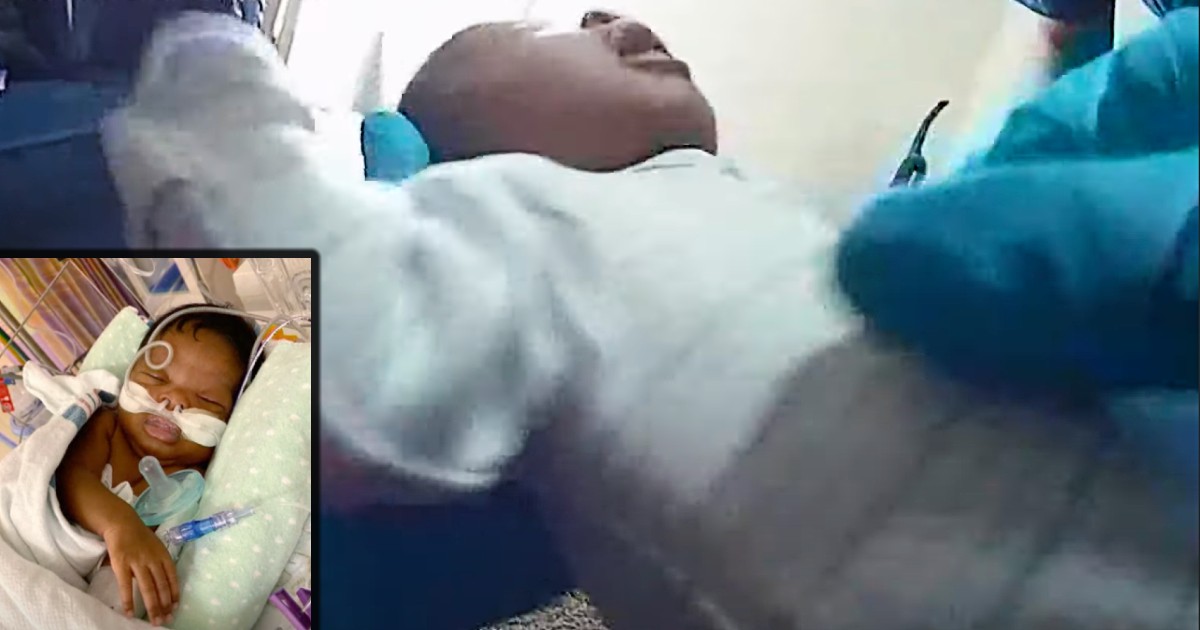 Mom Panics As Her 1-Month-Old Baby Stops Breathing, But 2 Angels Rush To Her Rescue
Read Article »

After a terrifying accident, police officers saved the life of a 9-year-old boy by performing a frozen pond rescue. They returned later with a special gift for the young ma. Bnut for the boy’s mother, her child’s safety was the greatest gift of all!

Watch as officers respond to the call about a possible drowning in the Chicago suburb of Aurora, Illinois.

A 9-year-old boy had tried to collect his football after it landed in a frozen section of a nearby pond. After the ice broke and the boy fell into the frigid waters, a woman went in to try to save the child. Thankfully, officers arrived in time to save both in a frozen pond rescue.

The body camera footage shows officers running to the scene. They have equipment for a water rescue. And as they approach the pond, a few remove bullet-proof vests and other items as they prepare to enter the water. What a frightening situation that must be-knowing that minutes matter in these situations!

The video shows first responders on the bank working with ropes to pull the injured out and others in the water assisting with the frozen pond rescue. We hear the officers urgently calling out instructions to one another during the process and working as quickly as they can.

The boy and two officers who had entered the water sustained minor injuries and were taken to the hospital, but all were later released.

Accidents like this one happen each year. One such occurrence and the miraculous healing of a teen boy in St. Charles, MO, a suburb of St. Louis, was the subject of the 2019 blockbuster movie Breakthrough. John Smith was under frosty lake waters after falling through ice for 15 minutes!

We are abundantly blessed by first responders-police officers, EMTs, and firefighters!

The Aurora, IL officers didn't just save the young football fan in the frozen pond rescue; they also replaced the football he lost that day. They presented him with a new one on Thanksgiving!

YOU MAY ALSO LIKE: Heroic Stranger Dives Into Frozen Pond To Save 3 Kids Who Fell Through The Ice

"Because he loves me," says the Lord, "I will rescue him; I will protect him, for he acknowledges my name." Psalms 91:14