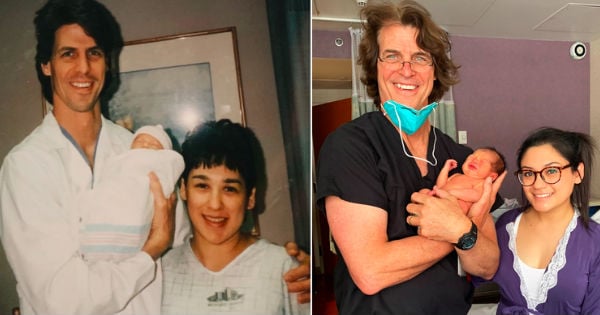 When a man passed out in a Taco Bell drive-thru, God sent a special angel to save his life!

Good quality service in the food industry is that special touch that makes you feel like you're a part of the family. Sometimes these people will go above and beyond for their diners. These are the type of employees that will have you asking if God's angels are among us.

One of these employees is Sonja Frazier.

For Sonja, that day was just like any other day at work at the Taco Bell restaurant that she worked at in Clarksville, Tennessee. But then, one of Sonja's co-workers noticed that the line for the Taco Bell drive-thru was completely stopped, and cars were backed up.

Sonja explained, "One of my managers looked on the camera and saw a car parked the wrong way." She then continued, "It looked like it'd rolled into the drive-thru line and was blocking it."

One of Sonja's co-workers, Jonathan, decided to go check it out. He found the man leaned over the driver seat of his van. Sonja ran out to Johnathan's side to give him some assistance and told another one of her co-workers to call an ambulance.

"We opened the door and he was blue," she explained. "I told Johnathan to park the car, and we both pulled him out and put him on the ground. I put him on his left side. His hands and fingertips were blue. I found a pulse but it was real vague."

Because of her previous experience working in-home healthcare, Sonja was the right person at the right time. She was able to perform CPR on the man right there in the Taco Bell drive-thru until the ambulance arrived.

“I pulled his jaw down. He gasped. I kept talking to him,” Sonja said. She went on to say, “I asked Jonathan to see if he had a license so I could call him by name. I kept calling him by his last name and talking to him."

Close Call Has A Happy Ending

When the ambulance arrived, the Taco Bell employee reported that the man had more color, and he touched one of the first responders' hands.

She was relieved that the man from the Taco Bell drive-thru was okay. Sonja reported that later, she tried to reach out and find him on Facebook to see how he was doing. "I couldn't forget his face or name," she said. "He reached back out and said thank you. He wanted to repay me, but this is repayment enough to know he is OK."

Sonja added, " I feel blessed." She then continued "I feel I did what everyone would've done. I didn't care about his race, politics, none of that it never crossed my mind It was his life, and he needed help."

And God clearly had a purpose for putting Sonja in the right place at the right time.

“We’re placed in certain situations for a reason,” she explains. “I do believe I was there for a reason.”

YOU MAY ALSO LIKE: Manager Comes Out Of Popeyes Restaurant And Goes Up To Homeless Woman In Parking Lot

It is important during these hard times, more than ever, to be neighborly towards one another and help each other through this pandemic. Just be kind.