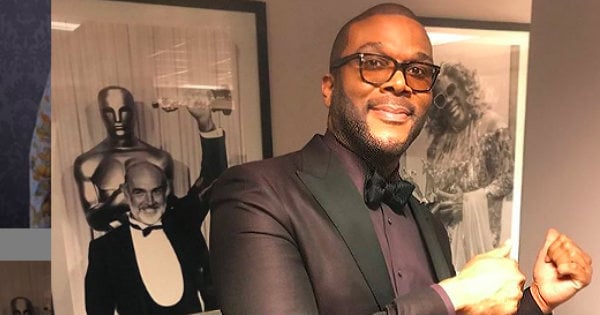 Christian celebrity Madeline Carroll struggled to find work in Hollywood after turning down jobs requiring nudity. In fact, she nearly gave up altogether. Then, Madeline landed a lead role in the faith-based movie I Can Only Imagine. And now, she’s using her Christian celebrity testimony to inspire others to stay strong in their faith!

Madeline Carroll was born March 18, 1996, in Los Angeles, where she started acting around the age of three. But Madeline’s parents raised her with strong Christian morals. And eventually, she’d have to choose between God and her career in Hollywood.

As a child, family-friendly roles were fairly easy to come by. And the first big hit in the way of Madeline Carroll movies was Swing Vote, where she co-starred as Kevin Costner’s daughter.

From there, the Christian celebrity enjoyed more success in films like The Spy Next Door and Mr. Popper’s Penguins. But as she got older, things changed. Hollywood started trying to guide her down a very different path. And Madeline eventually arrived at the choice all Christian celebrities must face — God or fame?

The roles offered to Madeline Carroll age three were wildly different from the job offers she got as a teen.

It started out with a superhero franchise that would have launched her into the big leagues. And it was a very tempting offer.

"This really big door opened for me. . . I was going to get to play a superhero," Madeline explained. "God kind of laid everything before me — fame, money, fortune. I wasn’t gonna have to audition again, I was getting a ridiculous amount of money for the first movie, getting more for the second.”

It was an aspiring actor’s dream. But it would also require Madeline Carroll to budge on some of her core values.

“I read the script. And it just wasn’t something that I knew God wanted me to do,” the Christian celebrity said. “And I ended up passing on it and turning it down."

It was a huge sacrifice. And Madeline still remembers her mom’s wise words of consolation:

From there, things only got harder as Madeline entered high school.

"I was going to be the – you know – teenage girl that wanted to sleep with everybody in the school," she said, describing roles she rejected.

Madeline had gone from a promising career to no work at all. And it was really taking a toll.

RELATED: Actor Neal McDonough Testimony Of How Staying True To Faith Lost Him Jobs In Hollywood

Her agent said she was crazy to give up all the money and fame before her. The agent pressured Madeline to either compromise her morals or give up her dreams of acting.

“Madeline, if you don’t want to do nudity, I don't know what to tell you. Because that's literally all there is in this industry,” she recalled her agent saying.

Thankfully, Madeline’s persistence endured. And just when things seemed impossible and Madeline Carroll started to give up, God blessed her faithfulness!

By 2017, Madeline had had all she could take. She planned on calling her agents to tell them she was done. But first, she prayed.

That’s when she landed a lead role in the faith-based film I Can Only Imagine.

The timing was clearly divine, coming to Madeline Carroll at a time when she says, “I was really broken and depressed.”

I Can Only Imagine, which released in 2018, tells the story behind the MercyMe hit song, along with the life story of Christian band’s lead singer, Bart Millard. The movie surprised Hollywood by opening in the Top 5 and ending its run with an $83 million gross.

But the movie was also an answered prayer for Madeline Carroll. Not only did the blessing put “fresh air in my lungs to continue.” It also confirmed Madeline’s belief that God had given her the gift of acting for a purpose.

And that’s why she’s using her Christian celebrity testimony to inspire others.

“I don’t believe God would give you something that you wouldn’t be able to use for His glory,” Madeline Carroll said. “I don’t believe you have to compromise who you are as a person in order to do what God has called you to do.”

There’s really something to be said for a young woman who stays true in Hollywood. Well done Madeline Carroll!